Home Entertainment Wonho reveals all about Obsession, when is his album released? 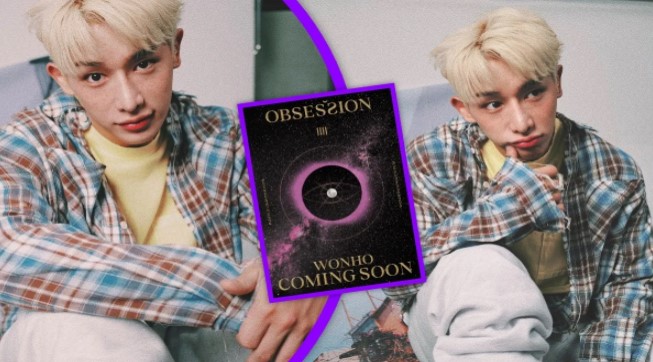 Very soon we will have new music from the hand of Wonho who has already revealed when ‘Obsession’, his next single album, will be released so go warming up your engines.

Wonho has been concerned about giving the fans the best music of his and for this, he is not only limited to interpreting his songs, this idol has an active participation in the composition, writing and production of his music; making each album he releases a very special one with many messages directed especially to his fans.

With 3 different albums, Lee Hoseok has delighted WENEE, the loyal fandom that has supported this complete artist even before his solo debut; Wonho has the great support of many fans who do not stop loving his music and have given him great joy and motivation to continue creating the best songs especially for his fans.

This is why Wonho has announced his new comeback, with his next single album he will conquer his fans again and surely WENEE will grow with new people who find the best of this idol’s music in his next release; The best thing is that he is closer to being released than we thought.

With ‘Obsession’, Wonho will bring big surprises for his fans, this artist has already revealed the schedule of activities for his comeback raising the excitement of his fans.

Through his official social networks, Wonho revealed the schedule of activities for his next single album, ‘Obsession’, which from January 26 will have more teasers for this upcoming album; later there will be more photos, videos and other advances until February 16, the day on which ‘Obsession’ is released.

Very soon we will be able to listen to the new music that Wonho has prepared for the world, he writes down each date on the calendar so as not to miss any preview of this next album.

WHAT CAN WE EXPECT FROM OBSESSION DE WONHO?

Although we are in a very early stage of ‘Obsession’, the concept is very different from what Wonho had previously released, with ‘Love Synonym’ and ‘Blue Letter’ the color blue predominated and this time we have dark colors like black and white. purple that give many shades of elegance, maybe it’s a new facet of Hoseok in his music, so we can’t miss everything from ‘Obsession’.

WENEE can’t wait for Wonho’s upcoming single album which will bring many surprises and new music for fans.

Motorstorm Apocalypse, Ten Years Since The End Of The Wildest Party