Home Entertainment Wonho is going through a breakup in the video “Don’t Regret” +... 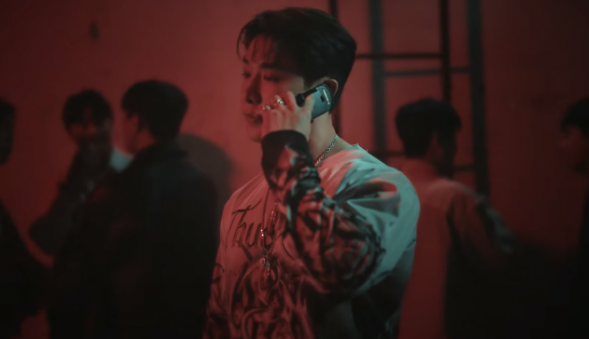 South Korean lead singer Wonho is back with his second single “Bittersweet” and the latest title track “Don’t Regret”. Watch the MV of his new song below!

On October 14 at 13:00 KST, Wonho officially released his new single “Bittersweet” along with the video clip “Don’t Regret”.

In this new single, idol once again collaborated with his exclusive producer and hit maker ENAN, artist Sung Ahn and singer-songwriter Brother Soo to create an album that boasts the highest level of perfection.

“Don’t Regret” is an attractive song with an exciting funky sound, fashionable and professional sound editing, as well as the energetic vocals of the soloist in the chorus. This is a track filled with sincere emotions Wonho.

In Wonho’s “Don’t Regret” video, the idol is going through the aftermath of a breakup, calls his ex-lover, trying to solve the problem, and looks back at how she left him forever, and then ends up with Wonho leaving. from the apartment they shared.

“When will I go back to the past / I’ll be the same / Not for a moment / I don’t regret it,” Wonho sings after the chorus.

In addition to the title song “Bittersweet”, Wonho also contains a B-side called “On & On”, which features vocals by rapper Yunhwei. It is noteworthy that Yunhwei also took part in writing the lyrics and producing the song.

“Bittersweet” marks Wonho’s third domestic release this year, released eight months after his first single album “Obsession” (led by the title song “Eye On You”) was released in February. “Eye One You” was well received shortly after its release, reaching number one on the iTunes Song charts in at least 10 different regions, including Argentina, Bolivia, El Salvador, Panama, Norway and others. It also entered the top 10 in six other regions.

In June, Idol released his third mini-album “Facade”, which included the single “Crazy”, as well as the Korean-language version of his 2021 Japanese digital single “White Miracle”.

In addition to releasing his album, Wonho also made his musical debut with the song “Equal”, which ran from June 3 to July 4. Wonho acted as one of the main characters named Theo, a bright and cheerful village doctor who faced difficulties to save his friend Nikola, who is about to die due to an incurable disease.

Then, from August to September, the soloist went on his first solo tour in Europe, which is also his first concert outside of South Korea. During the tour, Idol performed in Munich and Oberhausen in Germany, as well as in Madrid, Spain, and London, England.

During his European tour on August 19, Wonho released the promo single “Don’t Be Shy” through Universe Music in collaboration with the Universe mobile app. The full music video for the song was first released on the app before it was uploaded to Universe’s official YouTube channel.

If you haven’t seen Wonho’s “Feel Free” clip yet, watch it below:

The author of “Outlander” Diana Gabeldon explains her role in the...

BLACKPINK x Ozuna: The Collaboration That Causes Curiosity In The World