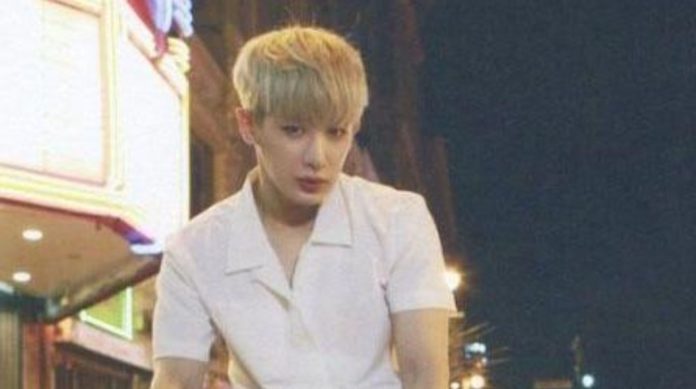 WONHO ALREADY RETURNED TO MONSTA X? THIS TRACK UNLOCKED THE RUMORS. MONBEBE continues to miss Wonho and his return is still something he wants to happen.

Wonho’s departure from Monsta X has left the fans very sad, since even though it was a decision made by the idol, they still cannot fully understand what happened.

From that moment, MONSTA X fans ask that Wonho be re-integrated, since the group is not the same without him. Recently a rumor has emerged that has ignited hopes throughout the fandom, can it be a clue to the idol’s return?

As a way to celebrate Hyungwon’s birthday, MONSTA X shared a special video where you can see the idols gathered. Later, some Monbebe realized that at the bottom of the clip that lasts 5 seconds there is a person with a gray sweater that has a great resemblance to Wonho, which is why fans have speculated about the return of the idol.

Opinions are divided, as some people think that he is, while others believe that Wonho’s departure is something formal and irrevocable. There are even Internet users commenting that they don’t believe anything until the company, the boys or Wonho himself confirm the news so as not to be excited.

Look what some fans say: