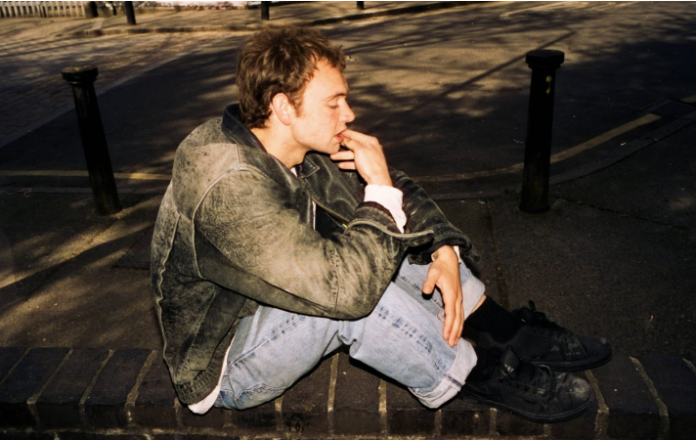 Most of us would not want to remember what it was like to be 17 years old. But for Jacob Slater of Wunderhorse, the American-tinged coming-of-age stories that infuse his debut album, “Cub,” depict his rite of passage from his anarchic beginnings. in music with short-lived punk screamers, Dead Pretties is the songwriter he is today.

Known for their dilapidated stage image (imagine a fist fight ending in bloody noses and broken guitars) and shouts of “fuck off!” to match, the Dead Pretties quickly rose from the legendary Brixton Windmill stage in South London along with the likes of Shame and Goat Girl. But the trio’s raucous, dizzying lifestyle could not last forever: after three years of working together and only three singles released in the world, Dead Pretties put an end to 2017.

Five years after the breakup of the band and now living in the “peace and quiet” of Newquay, Slater, who combines music with the role of a part-time surfing instructor, takes a slower pace of life away from the exciting London music. scene. “I’ve never been so well adjusted to life in London,” he tells NME in one of the capital’s busy pubs. “I was here mainly because everyone comes here to get on their feet and meet people. But the way I lived interfered – I felt like a fraud. I became an actor when I rushed on stage and was moving at 100 miles per hour all the time.”

Having made the decision to stop taking drugs after “Dead Pretties” and focus on his mental well-being, Slater’s move to Cornwall, where he cuts more waves than riffs, gave him “breathing space.” Now, surrounded by the beaches of Newquay, where he loved to surf from the age of nine and chat with friends away from the music industry, the change of pace gave him a chance to get creative again.

“If I only hang out with musicians, then all I think about is music, and as a result there’s nothing to feed her,” explains Slater. “Personally, the best results in terms of creativity come from life in general and having other interests.” And the best way to achieve this? “Surfing! This is the answer to everything. A music career bomb? Go surfing.”

Recently, Slater has become interested not only in surfing. At the height of the pandemic, Slater auditioned for his first acting role as Sex Pistols drummer Paul Cook in the Danny Boyle biopic “The Gun.” The FX miniseries seems more in tune with Slater’s raucous musical endeavors in the past, given that the Pistols infamously told NME back in 1976, “Actually, we’re not in music, we’re in chaos.” But by being able to “separate” his various projects, Slater’s return to the punk world only strengthened his overall work ethic.

With a heightened mentality of “if I have something I have to do, I’m dedicated to it,” Slater went into the studio to work on “Cub” as soon as the shooting of “Pistol” was over. The songs he had written during his time with the Dead Pretties that didn’t fit their punk worldview (“Leader Of The Pack” and “17”) were now fit for purpose and ready to be recorded. Although far removed from the guitar-grinding and stage clutter of his teenage years, Wunderhorse’s dirty charm provided the perfect outlet for songs that were once abandoned.

Despite being the oldest track on the record, “17”, named after Slater’s age at the time of writing the song, stands the test of time. His low-fi tenderness struggles with a strong sense of impostor syndrome (“Do I look beautiful in your photos? / Did I deceive you with laughter? / Don’t be a clown who sheds his armor / Just take a picture.” ), marking itself as the sharp centerpiece of ‘Cub’s. It successfully combines with the soaring guitar passages of “Epilogue”, written the day before Slater went into the studio, and the attacking American blues of “Leader Of The Pack”, demonstrating the album’s ability to jump around the sound with ease.

However, it was not easy to revise the texts written eight years ago. “When you’re 17, you don’t have an analytical part of your brain — everything just falls out,” says Slater, laughing at his attempts to recycle “17.” “It would be worse if I tried to change that.” Even with the lyrics that are “haunting” and “infuriating” Slater today, the song has received the approval of Sam Fender. “He contacted me and said it was his favorite song on the album, so to hell with it. At least someone likes it.”

“Cub” is a complete coming—of—age narrative, acting as “a retrospective of what brought me to this moment,” says Slater.

“It was more interesting for me to write about other people than about myself. Many of these songs were written in my teens and when I was in my early 20s, and I wasn’t sure I had a special voice to tell these stories. I thought it was better to look at the people around me who have influenced my life than risk blowing my ass or looking back and not being happy with what I said.” He pauses, then laughs, “I don’t know how I feel half the time.”

He may not reveal much about his personal life in his lyrics, but there is a genuine vulnerability to what Slater shares. Family relationships in “Purple” get a Springsteen interpretation with a stadium-ready chorus and tough lyrics that are bursting with pride: “You do it with style and fill it with beauty,” Slater sings. “Grace and fury, the fire in your crazy smile that they will never take away.”

The heartbreaking lullaby “Mantis”, offering Radiohead-style gloom mixed with surf-rock euphoria, softens the second half of the record, while “Poppy” brings dirty psycho-rock to modernity, and “Morphine” creates a pensive haze. Just a million miles away from the rough, dizzying beats of The Brian Jonestown Massacre, Slater’s cohesive blend of Americana, indie rock and psychological wealth in “Cub” makes this impressive solo debut.

This is an album that I really want to play live. NME joins Wunderhorse a week before he embarks on his first American tour in support of Fontaines D.C., during which he will perform on several major stages. Slater has become more familiar with such an environment after a week of summer outdoor concerts earlier this year in support of bands such as Foals and Fender, and he is less and less intimidated by the prospect of performing in front of large crowds.

“You feel humiliated [to perform on big stages], but there’s also a part of you that wants to step up to the plate and think, ‘OK, we fucking deserve to be here, and we deserve this place.’ he says with a grin, clearly ready for a challenge. “I like to feel out of my comfort zone. I like to go out and see a whole sea of faces that say, “Well, come on, what do you have for us?”

Instead of taking lessons from the headliners he supported, it’s more about Slater’s overall touring experience and where these adventures will take him after the show. “In Dublin, the Fontaine guys showed us around. They took us to this packed pub around 2 a.m. to watch this guy play the best blues guitar I’ve ever seen,” he says, still in awe.

A full-fledged return to music for anyone in Slater’s place could be intimidating, but he didn’t seem too thrilled at the prospect. Nevertheless, this is confidence, not arrogance: any question about his past musical persona is answered: “It’s just not me anymore” or “I’m a different person.” He jokes that he “raised a Mohican and says controversial things” when he is over 40 and the punk revival begins, but this is limited only to this — a joke.

This change in mindset — from a punk statement with Dead Pretties to making music he likes with Wunderhorse — makes “Cub” so authentic. Having learned from the first time how to “smell the assholes [of the industry] before” and not give in to endless promises, now we have more time for music. Illustrative example: the second album? Already done. The third album? “Mostly written, but not recorded.”

“Cub” wasn’t an easy ride for Wunderhorse, but the eight—year journey from its creation to release is what makes it so special. “Anything worth doing shouldn’t be easy,” Slater concludes. A lesson we should all live by.

The producers had thought of another actor for the main role