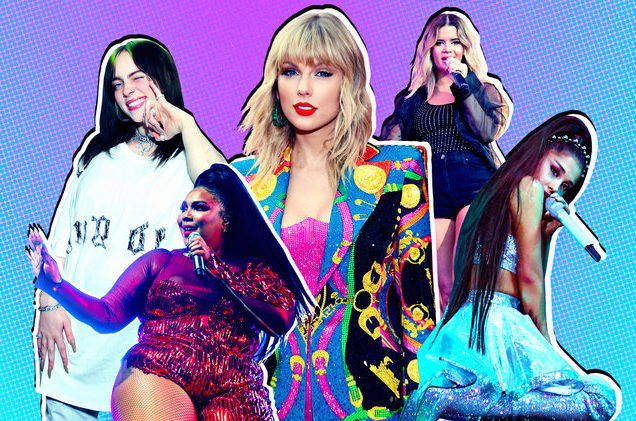 Grammy 2020 promises to be women’s! According to the Billboard website, six of the eight Grammy nominations for Album of the Year should be in the hands of singers. These are for Billie Eilish (“When We All Fall Asleep, Where Do We Go?”), Taylor Swift (“Lover”), Ariana Grande (“thank u, next”), Lizzo (“Cuz I Love You Deluxe ”) and Maren Morris (“ GIRL ”). Beyonce (“Homecoming: The Live Album”) also has a chance.

Remembering that these are just bets. For Billboard, the other two slots in the category must be from Khalid (“Free Spirit”) and Tyler, the Creator (“IGOR”). If the list really goes like this, it will be the first time for most of these artists competing for Album of the Year – with the exception of Beyoncé and Taylor Swift. Billie Eilish would become the youngest artist in history to compete for Album of the Year.

Still according to Billboard, other works may surprise and nail a place in the category. “Norman Fucking Rockwell” by Lana Del Rey, “This Land” by Gary Clark Jr., “No. 6 Collaborations Project” by Ed Sheeran, and “Western Stars” by Bruce Springsteen wouldn’t be totally surprised.

“The Jonas Brothers ‘Happiness Begins’ is a strong contender, but instead of Album of the Year the committee should give the brothers the ‘Record of the Year’ nomination for ‘Sucker’. Lady Gaga and Bradley Cooper’s ‘Born A Star’ was a blockbuster – the only album to lead the Billboard 200 for four weeks during the eligibility period – but it may sound like old news. The film will be over 15 months old when the Grammy Awards take place on January 26, ”says the vehicle.

Official nominees will be revealed only on November 20th.

Kim Kardashian in full make up session: she poses on Instagram!

Kendall Jenner appears in an outfit with wild patterns