Home News The woman who used cheese instead of soap got her share from... 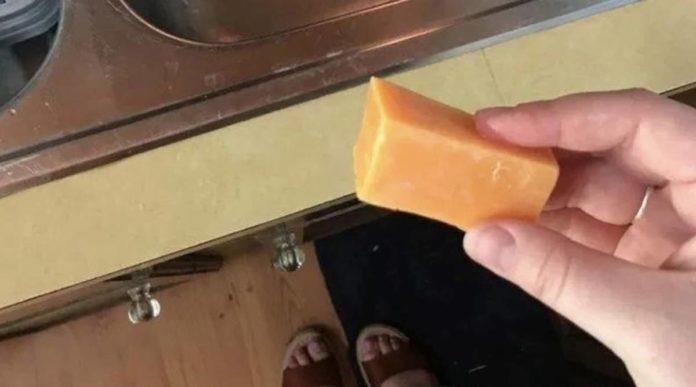 Realizing that she was using soap while thinking of using soap, the woman received quite funny reactions when she shared this on her social media account. The woman, who used cheese as soap for a few days, understood the situation when she realized that the soap chest did not foam.

A Reddit user was careful to wash her hands like everyone else because of the outbreak of the corona virus. But the woman who thought that she was washing her hands with soap was disappointed when she realized that she was actually using cheese. So, the woman named Miley, who decided to share her story on Reddit, suddenly became popular and received quite funny reactions.

Sharing his story, Miley explained in detail how he mixed soap and cheese. The woman who forgot the cheese piece outside one night when she was drunk, and when she woke up, she thought she lost the cheese piece she left outside and thought it was soap. The funny thing is that the woman continued to wash her hands with that cheese for a few days.

Miley summarized the interesting situation as follows: “I realized that my soap was not foaming and when I examined the soap a little, I came across a shocking fact because it was not a soap but a piece of cheese in the literal sense. I use a liquid soap for the dishes, I used a soap bar like this only for hand cleaning because it keeps my hands softer. I continued to use this piece of cheese for a few days, but it wasn’t foaming interestingly. When I thought why this was not foaming, when I decided to examine the soap, I realized that this is actually cheddar cheese, not soap. Because I was drunk that night, I suspect that I had left the cheese out, and that I thought it was soap later. ”

Fun reactions came from users after this story. A Reddit user said to the woman, “I hope you didn’t think of cheese as soap while washing your hands, and you didn’t think about it.” said. Another user said, “Does that mean you put the soap in the fridge?” said. The end user deserved the woman and said that the cheese really looks like soap.