Home Tech The woman who was shot with a gun saved from dying thanks... 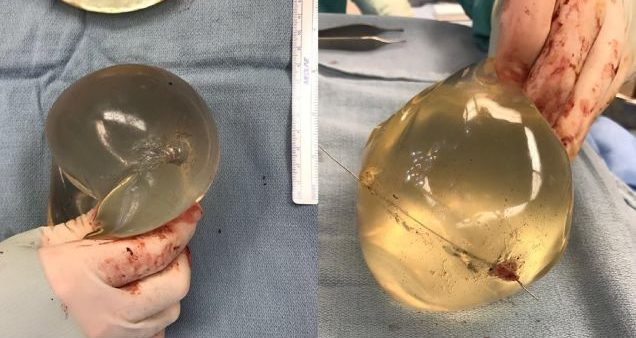 In Canada, a woman who was injured with a gun in her chest was saved from dying thanks to the silicone on her breasts. The doctors said that the lead that could go to the heart changed its way through the silicone in the left chest.

At the beginning of April, doctors from Canada sent an interesting article to the Plastic Surgery Case Studies magazine. The article that doctors sent to the magazine described a case in which a woman who was injured with lead survived thanks to the silicone on her breasts.

In the case summarized in the published article, it is mentioned that a woman in her 30s suddenly felt warmth and pain in her left chest while walking on the street in 2018. The woman looking at her chest notices that blood is flowing from her chest and immediately applies to the emergency room.

In the emergency room, the woman appears to have a marked gunshot wound on her left chest. The woman, who was injured with a gun, is transferred from the emergency room to a trauma center where the floor is intervened.

Silicon changed the direction of the bullet
It was determined that the bullet entering the left chest of the woman interfered to the right chest wall. The doctors first removed the silicone from the two breasts of the woman for the intervention. When the extracted silicones were examined by doctors, it was seen that the bullet passed through the silicon in the left chest. Doctors found that the lead entering the left breast silicone deflected towards the right breast silicone.

There are similar cases where silicone saves lives
Plastic surgeon Giancarlo McEvenue and colleagues researched to find out if there were any similar cases that happened after this case. Doctors found 4 similar cases. In two of the cases found by the doctors, it was stated that the lives of women were saved thanks to silicones.

The researchers note that in similar cases of lead injury, silicon slows the bullet to be non-fatal. The effectiveness of silicones in stopping lead has also been proven in laboratory studies.

Although there are similar cases, a case in which the direction of the bullet changes due to silicon, as Giancarlo McEvenue and colleagues faced, is not yet officially in the literature. Doctors say that the case they recorded was the first in this way.

Gina Carano, fired from The Mandalorian