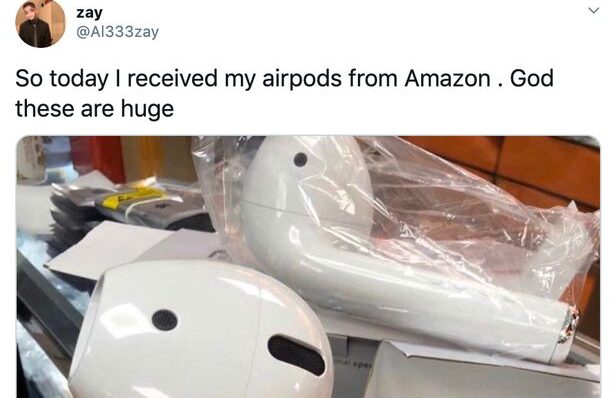 A person named Aleezay ordered AirPods using Amazon. It was obvious that the wireless headphones sold 90 euro cheaper than the original were not original, but Aleezay came across a surprise that he never expected after receiving the products.

A woman named Aleezay, who lived in Dubai, bought her a fake AirPods using Amazon, the world’s largest e-commerce platform. Aleezay, who paid 50 euro for this shopping, started to wait for the AirPods he bought like a normal person to reach him.

Aleezay’s post on Twitter
Aleezay knew that AirPods, which he bought 90 euro cheaper than the original, would be a little different than usual. Also, the Amazon seller was already saying that the product was not original. However, Aleezay thought that the product that would come to her would be the same in appearance, inadequate in terms of sound quality and battery.

New Tesla Roadster to float in the air