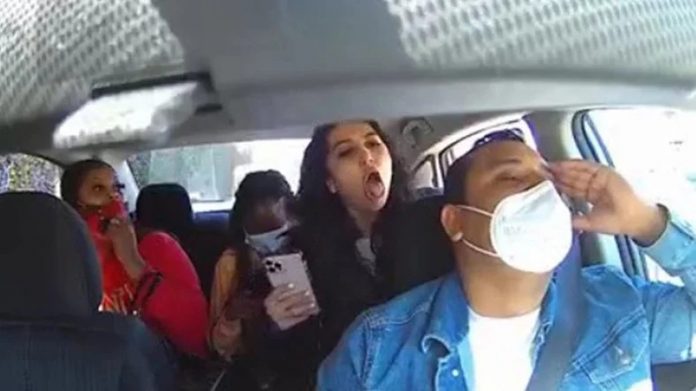 The San Francisco Police Department announced that the woman, who went viral on social media, refused to wear a mask in her Uber vehicle and coughed towards the driver, with the video posted recently, was arrested.

The 24-year-old Malaysia King, one of the passengers in the vehicle, said in a statement made by the police that he faced various charges, including for violating the city’s health and safety laws.

The moments of the incident were recorded with the vehicle camera:

An @Uber driver was assaulted & coughed-upon by a group of women in #SanFrancisco after he refused them service for not wearing masks, in an attack the driver captured on videohttps://t.co/6Muz8wb2ea pic.twitter.com/KMO1vig1tq

In the footage taken from the in-car camera, it is seen that the driver warned the passengers that they were unmasked and then one of the women coughed towards the driver. Then the same woman starts attacking the driver and tears off the driver’s mask and throws it towards the front seat.

Police said the suspects left the vehicle after the incident, but another passenger reached out to the open window and sprayed the driver with a substance thought to be tear gas. Although the suspects were moving quickly from the scene, a woman accused of spraying the driver with tear gas was arrested. Police said that the other suspect, 24-year-old Arna Kimiai, would also surrender to them.

32-year-old Uber driver Subhakar Khadka claims to be targeted because of his race and immigration status. In a statement on the website of the San Francisco Police Department (SFDO), the behavior reflected on the cameras was “insensitive negligence to the safety and well-being of a key service worker in the midst of a deadly epidemic”.