Home Entertainment Wolverine in the MCU at Comic-Con 2022? Could this have happened? 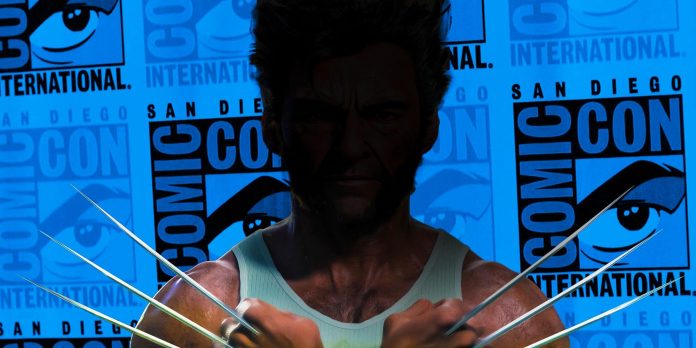 The question of whether Marvel is going to announce official plans for Wolverine and the X-Men is currently looming at Comic-Con 2022 in San Diego. After all, such an event would be the perfect time for an announcement of this magnitude. Comic-Con, of course, is when Marvel Studios dropped some of its biggest movies.

The studio’s track record when it comes to Comic-Con has naturally generated high expectations for its upcoming Marvel panel on July 23. As a rule, Marvel uses this event as an opportunity to release long-awaited trailers, make loud casting announcements and present many movie titles at the same time. Because of this story, all sorts of wild scenarios are on the table. By the end of the panel, viewers could find out the full cast of the Fantastic Four, the actor of Nova, the full list of Thunderbolts, the release date and title of Avengers 5, and much more.

By topic: The return of the Scarlet Witch to the MCU can only happen at Comic-Con 2022

Unsurprisingly, Wolverine and the X—Men are among the biggest topics at Comic-Con . At SDCC 2019, Kevin Feige of Marvel Studios said it was too early to discuss “mutants,” but it had been three years since that remark was made. With Marvel’s new Comic-Con panel just around the corner, it’s worth wondering if the time has finally come for some concrete news about the development of the X-Men project. Confirmation of the release of the X-Men movie and perhaps even some details about the cast (including Wolverine) certainly seem much more plausible now than in 2019, and they can really be used to give a little excitement to Marvel’s plans for Phase 5.

Marvel Just Announced the X-Men as Much More Likely

Interestingly, the only episode of “Miss Marvel” significantly increased the chances of the announcement of “X-Men” at SDCC 2022. Towards the end of the Miss Marvel finale, Bruno Carrelli’s shocking statement confirmed that Kamala Khan, known as Inhuman in Marvel Comics, is a mutant in the MCU. The decision to go down this path with Ms. Marvel is a sign that the studio is in the early stages of creating a comprehensive mutant storyline. So if the ending of “Miss Marvel” was the first step, the second step may be officially announced at Comic-Con, although it may or may not include Wolverine.

Even if the X-Men project is indeed under development, it should not be taken for granted that Wolverine will be a part of it simply on the grounds that he is the most popular character of the brand. Hugh Jackman’s Wolverine was such a driving force behind Fox’s “X-Men” franchise that Marvel may try to do something different with its interpretation of the team by leading the way with other characters. This is a feasible approach, especially considering the long list of iconic X-Men heroes that are in the Marvel library. So while the X-Men announcement may well happen at SDCC 2022, the wait for Wolverine from the MCU could potentially drag on.

Nintendo Switch May Have a Longer Generation of Consoles Than Its...