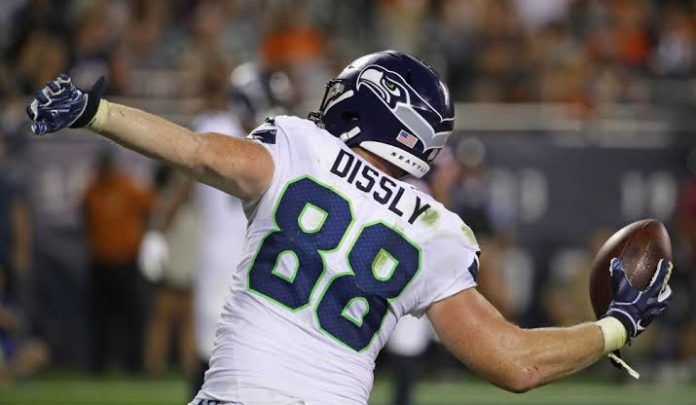 Will Dissly injured in the performance of his Seattle Seahawks at the Cleveland Browns on the Achilles tendon. There is a suspicion of a crack. The tight end threatens a longer break – as in the past year.

Cleveland / Munich – The Seattle Seahawks may well be without Will Dissly for the remainder of the season. The tight end injured in the second quarter of the game at the Cleveland Browns at the score of 6:20 at the Achilles tendon and had to leave the field. There is even the suspicion of a crack.

As the “Hawks” announced immediately, the 23-year-old does not return to the field.

Will Dissly has an achilles injury, will not return. #Seahawks

Will Dissly hurt himself without any opponent

Dissly went down in the Catch attempt after a long pass from Russell Wilson without a counter attack in the Browns end zone. This season’s four-round pick of the 2018 draft vintage has already scored four touchdowns and has completed a total of 262 receiving yards. Against the Browns he remained until the injury without a reception.

The rookie season had ended for Dissly after Matchday 4 because of a cruciate ligament rupture. In the worst case, he has to pause again for months.