Home Sport Without more minutes in the field it is difficult to continue in... 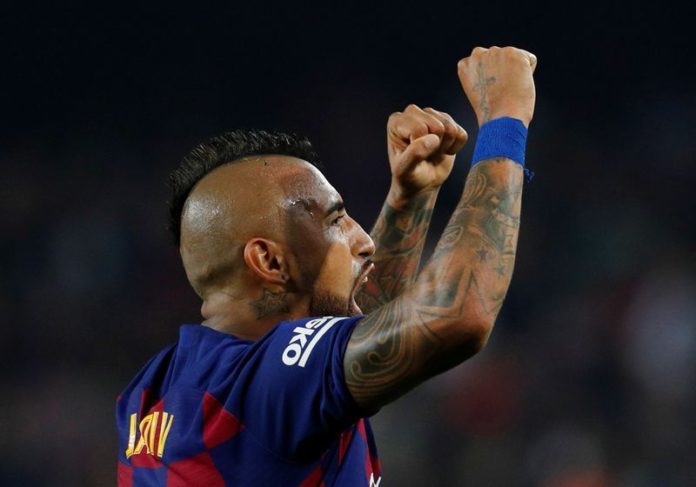 Chilean midfielder Arturo Vidal was once again unhappy with his lack of continuity in Barcelona and said that if he fails to feel more important he will seriously consider leaving the Spanish club in the coming months.

The Chilean, two-time champion of America with his team, had already shown distaste for the lack of minutes shortly after his landing at Barça, but gradually coach Ernesto Valverde began to consider him more, although not everything that the former Juventus player wanted and Bayern Munich.

“I am not happy because I like to play, help the team and be in important games … I would like to be here forever, but I have to be objective and live day to day,” Vidal said in an interview with TV3 of Catalonia released on Friday.

“If in December or when the season ends I do not feel that I am important here I will have to find a solution and expand horizons to be important,” he said. “When markets open, if you don’t feel important, you make the decision.”

Despite the lack of continuity, the South American was happy with his time in Barcelona, ​​with which he already won a league and the Spanish Super Cup.

“It is difficult to reach the best team in the world and earn the respect of the fans. They love me very much, that’s why every time I enter I give everything for the team,” he explained.

The Chilean also referred to the Champions League, the tournament he has not been able to win even though he played in other giants of the continent.

“We have Messi, and that gives you a lot of advantage, but the physical thing in competitions like the Champions League is what helps you win the championship (…) the Champions League looks very tough, Liverpool already showed it last year who won it physically because it passed over all teams, “he said.

The reaction of the College Football world to the National Title...