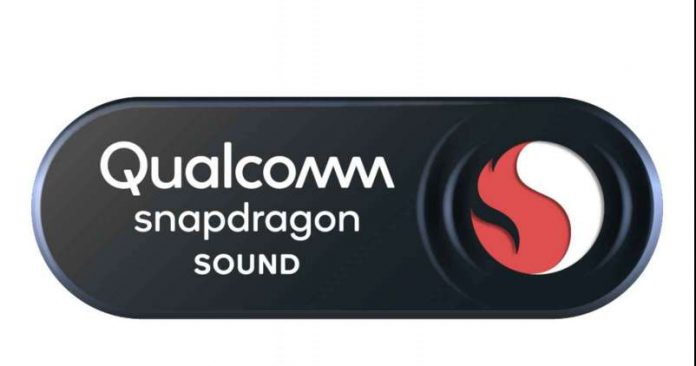 Qualcomm announced its new technology called Snapdragon Sound. The company describes it as a chain of innovative audio technologies and software. In this way, the sound quality is significantly improved when listening to music with wireless headphones and other devices. James Chapman, vice president of sound, music and wearable devices at Qualcomm, noted that the goal is to deliver high-resolution, wired audio quality audio wirelessly.

The concept of high quality wireless audio is not new to Android. Sony has undertaken this mission with LDAC technology for a long time. This technology can carry up to three times the amount of data than the standard SBC Bluetooth encoder.

However, Qualcomm’s components will be in the headsets of many companies (Bose, Jabra, 1More, Sennheiser, Audio-Technica, Anker and more). The Snapdragon Sound sign will appear on the boxes of both audio products and smartphones that support this HD audio technology. Existing devices will not be updated to support it; The first Snapdragon Sound products are expected to hit the market in the next few months. Xiaomi and Audio-Technica have been announced as the top two partners of Snapdragon Sound.

Qualcomm says Snapdragon Sound focuses on improved, clearer voice call quality and lower latency up to 89 milliseconds while gaming, as well as making it easier to enjoy high-resolution music. Connection stability is also a priority, as the company promises minimal interruptions and downtime in even the most intense wireless signal environments. “Devices optimized for Snapdragon Sound will be tested in Qualcomm Technologies’ dedicated test facility in performance metrics, including sound quality, latency, and solid connectivity for interoperability,” Qualcomm says.

One thing Snapdragon Sound is not particularly focused on is to offer multipoint pairing for two Bluetooth connections at the same time. This feature has become quite common for wireless headsets, but Jabra is the only headset manufacturer to offer it. We will see if this changes with the next generation products.

The announcement for Snapdragon Sound follows the latest news that Spotify will offer a lossless quality music service that it plans to offer as an upstream service to its Premium subscribers later this year. Music services such as Amazon Music and Tidal currently offer an HD streaming option. Good sound is always heavily resource dependent, so as Snapdragon Sound begins to reach consumers with new products, you’ll need one of these high-quality music streaming services to get the most out of it.