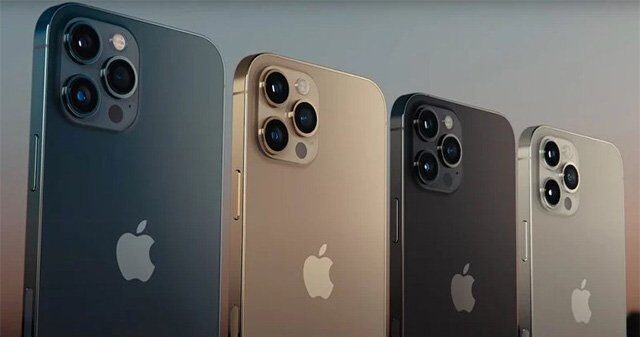 iPhone 13 model can support the next generation Wi-Fi protocol. Based on the analysis of MacRumors’ Barclays analysts Blayne Curtis, Thomas O’Malley and Tim Long, the next generation iPhone will have Wi-Fi 6E support. It is stated that this will bring some performance gains to the series.

Wi-Fi 6E expands the features and capabilities of Wi-Fi 6 up to the 6 GHz band, including higher performance, lower latency, and faster data rates. Additional spectrum will provide much more airspace beyond existing 2.4 GHz and 5 GHz Wi-Fi, resulting in increased bandwidth and less interference for devices that support Wi-Fi 6E.

Vijay Nagarajan, director of chipmaker Broadcom, says the introduction of the 6 GHz band will be one of the biggest changes in the experience of Wi-Fi users in the last 20 years:

“The 6 GHz band will be perhaps the biggest groundbreaking blessing for Wi-Fi users in the last 20 years… This spectrum space, coupled with Wi-Fi, will support new consumer experiences in smartphones, AR / VR devices and wearables that we haven’t yet invented. ”

By the way, analysts make an unpleasant guess for those who expect the iPhone SE Plus. Analysts believe there will be no updated or a different version of Apple’s affordable iPhone next year. In the report of MacRumors, analysts are speculating that Apple is not planning to renew the device in the short term. Analysts say there are rumors of a larger iPhone SE model with a 5.5-inch or 6.1-inch display, but were not mentioned in discussions with Apple suppliers regarding the device. Last April, Ming-Chi Kuo, a well-known analyst, said that a larger-screen iPhone SE will not come out before the second half of 2021.

Regardless of the features of the iPhone 13, this smartphone lineup is expected to be announced earlier than in 2020. The next generation phones can be introduced in September 2021 and can be sold abroad in no time.