Home Netflix With a first look at Season 5 of The Crown, will the... 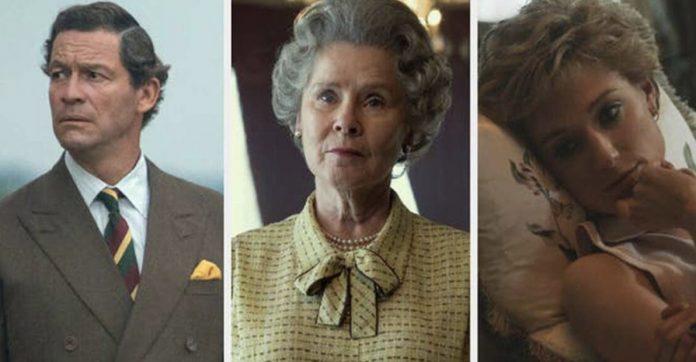 The House of Windsor is perhaps one of the most filmed, discussed and written about royal dynasties in the world. With such an exciting story full of ups and downs, it’s no surprise that “The Crown” has become a huge hit. The series, based on the life of Britain’s longest-serving monarch, the late Queen Elizabeth II, has devoted fans around the world.

Expectations are off the scale, and viewers are thrilled that Netflix has released the official first shots of the new season. However, the royal family itself may not share the same excitement as the fans. Let’s figure out the reasons.

Is the fifth season of “The Crown” causing concern for the royal family?

At TUDUM, Netflix’s global fan event, the streamer presented a teaser and release date for season 5 of “The Crown.” The latest episodes with a completely new cast will grace our screens on November 9th. While fans around the world are going crazy, the real members of the royal family are on pins and needles.

So much so that about a month ago a high-ranking family source addressed the public. Shortly after covering the Queen’s state funeral, they emphatically reiterated that the Netflix show “is a drama, not a documentary.” Perhaps this concern is due to the fact that this season will reveal one of the most controversial storylines that have gone down in history.

We are, of course, referring to the very public separation of the then Prince Charles and Princess Diana, often referred to as the “War of Wales”. The ruined marriage resulted in a large-scale PR war. During constant press briefings and interviews, both sides openly told their stories and fought over which ones would become public.

In a conversation with The Telegraph, a high-ranking source called The Crown “exploitative” in relation to its subject.

“People forget that real people and real lives are at the heart of all this,” they said.

From the very beginning, members of the royal family were very careful about their public image. They go to great lengths to control the narrative and make sure that every story reaching the masses is pre-approved. However, in the case of the Netflix show, it is the streaming platform that sets the tone, leaving members of the royal family undecided.

Do you think the royal family is against the new season? Let us know your thoughts in the comments. Meanwhile, all four seasons of “The Crown” are streaming on Netflix.

Will Henry Cavill from Enola Holmes get a spin-off as Sherlock?...