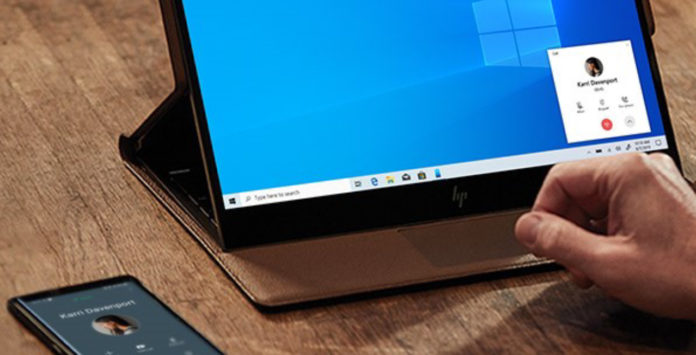 Previously, some brands of smartphones could play FTP and share over the network. However, this also has a security risk. Windows and Samsung have made this sharing among themselves, so security is better.

Samsung and Windows wireless file sharing
USB cables are used to back up photos and files on mobile devices. However, users do not like it because the cables break down in time and the connection with the computer is broken. For this reason, file sharing over Wi-Fi has become increasingly common, without the hassle of wires.

Two leading companies in the field, Samsung and Windows, have joined forces in this regard. According to the feature that came up with Windows 10 Insider Build, files can be carried over the network with simple drag and drop movements.

Microsoft has been increasing its capabilities with Android devices recently. With the “Your Phone” application, which was previously used, notifications on Android devices appear in Windows, and SMS can be used on the computer.

There is a limit for file transfers. Up to 512 MB of files are transferred at one time. This means that a movie with FULL HD resolution cannot be shared wirelessly.

Also, regardless of size, the limit to send 100 files at the same time is also specified. For this reason, it is not possible to send thousands of photos at once.

To use all this feature, both Windows and Samsung devices need to be connected to the same network. Because the transfer of files is done through network devices at home or at work.

The best of the Redmi K40 series is here!