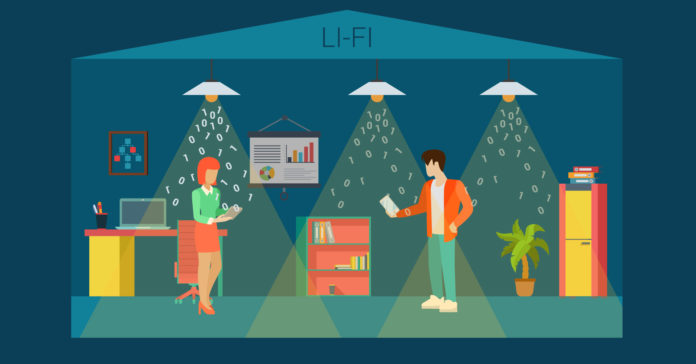 The latest version of laser-based Li-Fi was exhibited at a 2020 Consumer Electronics Fair (CES) in Las Vegas by a company called SLD Laser. During the show, the company was able to send data at a rate of 20 GB / s with Li-Fi. When we consider that the 5G wireless network transmits data at a speed of 1GB / sec, the speed difference of Li-Fi appears.

In Li-Fi technology, which is also exhibited by SLD Laser, laser light is used instead of radio waves used in Wi-Fi. SLD Laser wants to use LED beams to transmit data at 100GB / s by placing routers on the ceilings of the rooms.

Harald Haas, head of mobile communications at Edinburgh University and a member of the Ultra Parallel Visible Light Communication Project, said, “LEDs can be developed in terms of light outputs as they spend less energy than incandescent light.” said. SLD Laser’s work is also on the development of LED lights.

Li-Fi codes the data about the light from the LEDs by modulating its outputs. The pulsating speed of this pulsating beam coming out of the LEDs is indistinguishable by the human eye. However, computers and mobile devices can easily read the receiver signal. At the same time, two-way communication can be achieved by sending a signal to a transceiver on the ceiling of the room.

“I have a Lady Gaga music folder with things that were...

Fortnite is sad news for the new season!

Enhance your photos with these 5 tips