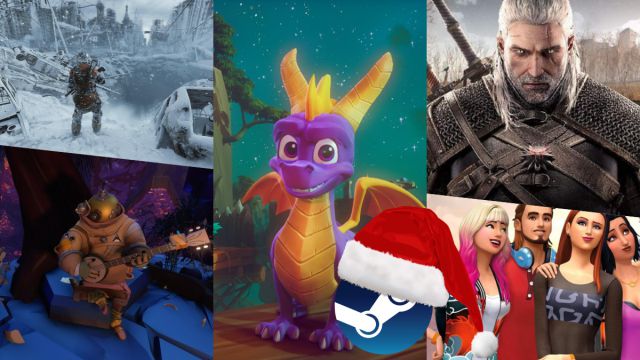 Steam: We make a selection with some of the most outstanding titles that can be found in the Steam winter sales for less than 15 euros. A new season of sales has officially begun. In addition to the PlayStation Store for PS4 and PS5, which we detail in this news, Steam has launched its winter offers, which will be available from December 22 to January 5 at 7:00 p.m. (CET). At MeriStation we have made a general selection, but now we stop at a more specific price range: games for less than 15 euros.

You can find a multitude of titles at low prices, among which are authentic gems and classics. The Witcher 3: Wild Hunt does not reach 6 euros, like Wolfenstein II: The New Colossus and other video games in the same saga. Metro Exodus and the rest of the deliveries are also on sale, with discounts of up to 80%, while Outer Wilds and Spyro: Reignited Trilogy have entered the list because they cost less than 15 euros. Even the hit The Sims 4 Ever Present is at a significant discount. Of course, it has many content and DLC packs that are sold separately.