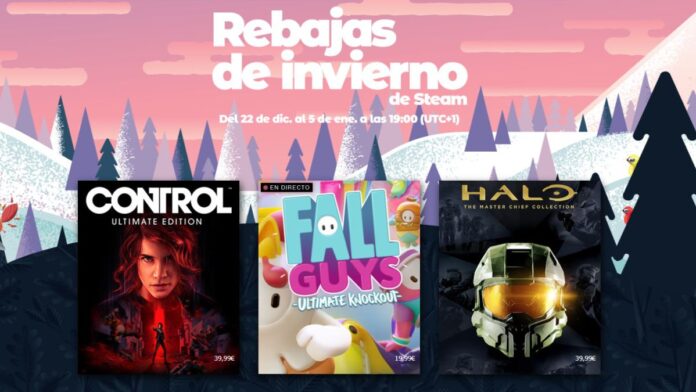 Until January 5, 2021, Steam launches its most ambitious sales, with thousands of titles with significant sales

Of the different sales held on Steam throughout the year, the winter one is usually the most important and the one with the highest sales volume, so companies try to move their merchandise with more determination, with attractive sales throughout kind of games, including some of the big winners from the same year. The sales begin on December 12 and end on January 5, 2021 at 7:00 p.m. Spanish time, so until that moment we can search and decide what bargains we are going to add to our saturated accounts in the Valve store.

Among the first offers that we can find are games like the Ultimate Edition of Control, a game that has captivated critics and the public for its setting and that appears reduced by 50% to € 19.99. It also highlights the Halo The Master Chief Collection pack that landed not long ago in the Valve store as a symbol of Microsoft’s more open policy with its PC games, reduced by 40% to € 23.99. And Fall Guys, one of the sensations of this 2020, also appears reduced by 20% to € 15.99 just in time for its new season.

As we have pointed out, there are thousands and thousands of discounted games, we recommend taking a look at our wish list to see what games are on sale and calmly search the store for those titles that may interest us to incorporate them into our libraries.