Home Entertainment Winter House: Paige And Craig Want To Star In Their Own Spin-Off 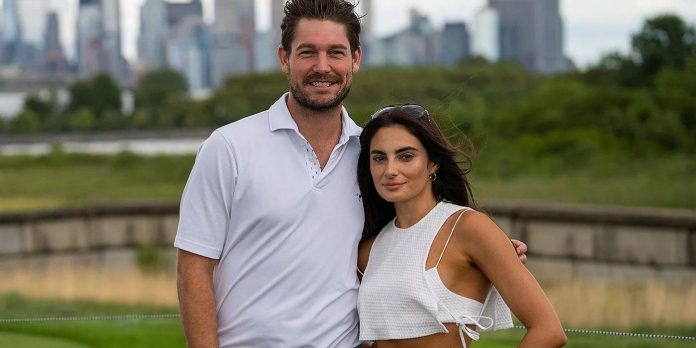 Craig Conover and Paige DeSorbo of Winter House are hoping to get their own spin-off series. The star of the series “Southern Charm” Craig and the fan favorite Summer House Paige sparked a connection in the Bravo crossover. Since then, they have both appeared on each other’s shows, and Paige temporarily moved in with Craig in Charleston to appear in season 8 of Southern Charm.

The novel Bravolebrities includes several bumps in the road. Despite their strong bond in the Winter House, Craig had a girlfriend at the time. This relationship ended, and in the 6th season of “Summer House” the couple moved from dating to a more serious relationship. But there was also a drama related to Craig’s affair with Kristen Cavallari. However, he and Page bypassed this by becoming official in the fall of 2021. Today, TV stars seem happier and more in love than ever. And now they are hoping for their own show.

Craig and Paige talked about their spin-off dreams in an interview with People on the red carpet of the MTV Movie & TV Awards, where Paige’s image on the red carpet caused a reaction on social media. When asked about the spin-off, Craig immediately said he was in it. While his girlfriend admitted it would be “a lot of pressure,” Paige also said that a show dedicated to the two of them would be “funnier than Southern Charm and Summer House.” Her beau agreed, adding, “I think it would be fun to see us in our free time.”. The couple also talked about how their love story unfolds in several different TV series. Paige said: “I feel like it actually keeps us in check because everyone will see us, including our parents.”

Craig joked that “it kind of opened up the MCU Bravo multiverse.” He added that their shows are very different, which confuses everything. The pillow designer continued: “After that, it’s nice to see a different setting.” Although they didn’t mention it in the red carpet interview, the main environmental factor in the 8th season of “Southern Charm” is sure to be Craig’s connection with the former Naomi Olindo. She returned to Charleston after her own dramatic breakup.

Although they moved due to various Bravo series, the couple still mostly lives at a distance. Paige mostly lives in New York, and her boyfriend lives in Charleston. At the moment, according to them, this arrangement is working. “We are still in the first year of our relationship,” Paige said. The 29-year-old man continued: “So I think we just like it. But when the time comes, we’ll talk about it.” As for when that time will come, Craig said: “I think when we ever have children… that will be the deciding factor.” Although their relationship had just begun, Craig had already discussed Paige’s proposal.

It’s unclear if the spin-off of their dreams will put them in one place or focus on their long-distance relationship. Bravo is no stranger to spin-offs, including those dedicated to individual stars, with different levels of success. While their romance has captured the hearts of many Bravo fans, the spin-off will probably depend on how popular they are as individuals. Craig has his skeptics, but the 33-year-old likes the guy more than his partner in the film Austin Kroll. Paige is a fan favorite of Summer House, but she is sometimes criticized.

Fans who want to see more of the nascent novel won’t have to wait long. Craig and Paige will appear in the second season of “Winter House”, the filming of which has already been completed. And before that, the premiere of the 8th season of “Southern Charm” will soon take place.

BTS: Jimin Makes Surprising Donation To a Good Cause