Home Entertainment Winnie the Pooh: Blood and Honey – The first trailer reveals the... 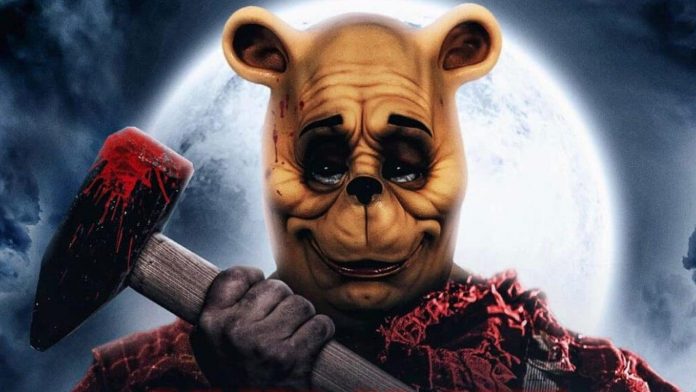 “Winnie the Pooh: Blood and Honey” — a horror film made due to expired copyrights to the original books — has received its first trailer.

The trailer shows how an adult Christopher Robin returns to the 100-acre forest he abandoned and meets the bloodthirsty Pooh and Piglet, whom he created by leaving them. Later, a group of five women in a holiday home are attacked by two creatures that seem to make up the bulk of the film.

The trailer hints at the horrors that await people in the Forest, and ends with a very literal interpretation of “Blood and Honey”, as the two liquids are poured together into a vat for unknown reasons. Suffice to say, it doesn’t feel like a big trip for everyone involved.

The film went viral when it was announced earlier this year, it was directed by Rhys Frake-Waterfield and Jagged Edge Productions (who have some form here as they made the horror films “The Curse of Humpty Dumpty” and “The Legend of Jack and Jill”).

Since then, we’ve learned a little more about the film, from the fact that Eeyore was eaten by his former friends, to the first poster that makes it clear: “This is not a bedtime story.” The film still has no official release date.

While Disney still owns the rights to animated versions of Winnie the Pooh, the original A.A. Milne’s books became public domain this year, meaning that the filmmakers can use his name and story if the film does not use elements invented by Disney later.

Epic offered Sony $200 Million To Have PS Games In Its...