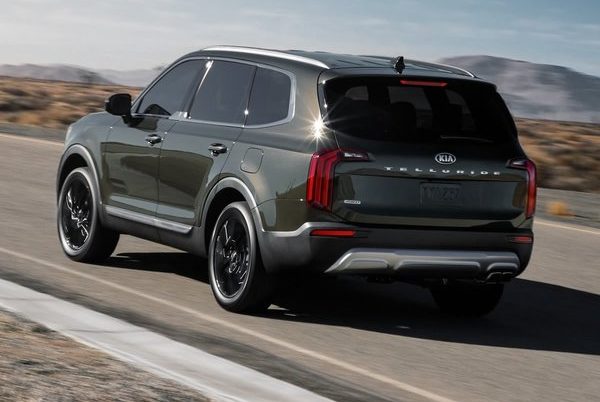 The winners of the World Automobile Awards, given by a jury of automotive journalists from 82 countries, have been announced. In 2020, the best car in the world was Kia’s SUV model Telluride.

The World Auto Awards, designated by automotive journalists from 82 countries and delivered to their owners, has been awarding the world’s best cars in the world in different fields since 2005.

The vehicles that won the World Automobile Awards became clear these days when the whole world is struggling with coronavirus pandemics. Here are the best cars you can buy according to automotive journalists in 2020, when we left behind the first 3 months.

World Car Awards 2020 winner: Kia Telluride
In 2020, the car of the year, Kia’s SUV model vehicle, was Telluride. Kia Telluride encountered Mazda3 and Mazda CX-30 in the final of the awards. Kia Telluride, which is the Car of the Year in 2020, leaving Mazda’s two vehicles behind, was previously selected as the best vehicle of the year in the SUV branch in North America.

At the World Automobile Awards, awards were given in the best performance car, the best luxury car, the best city car and the best designed car classifications. Porsche Taycan won the award in the category of Best Performance Car and Best Luxury Car for 2020.

Soul EV, the electric vehicle of Kia, which faced Volkswagen T-Cross and Mini Cooper SE Electric in the final, won the award in the category of the Best City Car in the World. Mazda3, which was nominated in many fields and compared with Porsche Taycan in this field, won the Best Design Car Award in 2020.

Does Cole Sprouse have a new girlfriend after Lili Reinhart

Reasons for Bitcoin Decline in Q4 2020

The future of mobile technology

Emily in Paris is renewed for season 2 on Netflix

Twitch Chat: See commands to use in platform conversations