Home Entertainment WINNER Renews With YG: What Will Happen To The K-Pop Group 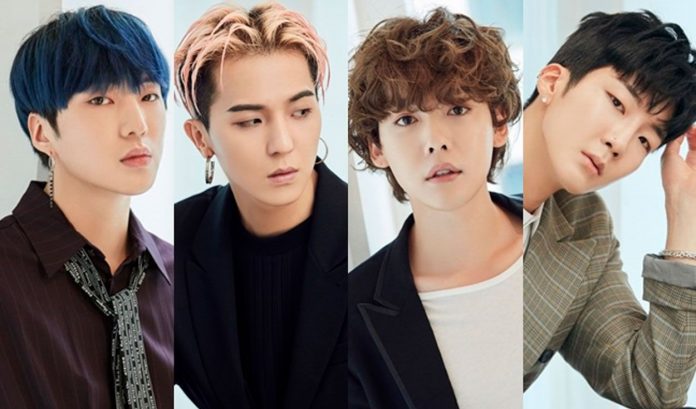 With a statement to the press, the Korean agency referred to the expansion of the labor agreement with Mino, Yoon, Jinu, and Hoon (the latter two are in military service).

WINNER’s comments after renewing his contract for five more years with YG were as follows.

“We want to say that we respect Inner Circle (name of the fandom) that has always been by our side. Thanks to you, we exist today. A musical journey without a destination, with you and more in the future. I want to share memories and be together ”.

After celebrating their seventh anniversary on August 15, the members of WINNER wanted to give this welcome news to their fans.

As we indicated above lines, before the renewal with YG, fans hope that in the coming months there will be news about a comeback.

The members of WINNER were chosen in the talent reality show WIN: Who is next ? where 11 young people participated. The theme of the show was to divide them into two groups so that they can compete against each other: Team A (Kang Seung Yoon, Lee Seung Hoon, Kim Jin Woo, Nam Tae Hyun, and Song Min Ho.) And Team B (BI, Bobby, Kim Jin Hwan, Kim Dong Hyuk, Koo Jun Hoe, and Song Yun Hyeong).

The winners were team A and months later the trainees officially debuted as members of WINNER.

The first song they released was “ Empty, ” whose popularity surpassed expectations and placed them at the top of the MelOn, Mnet, Genie, Olleh Music, Soribada, Monkey3, Bugs Music, Daum Music, and Naver Music charts.