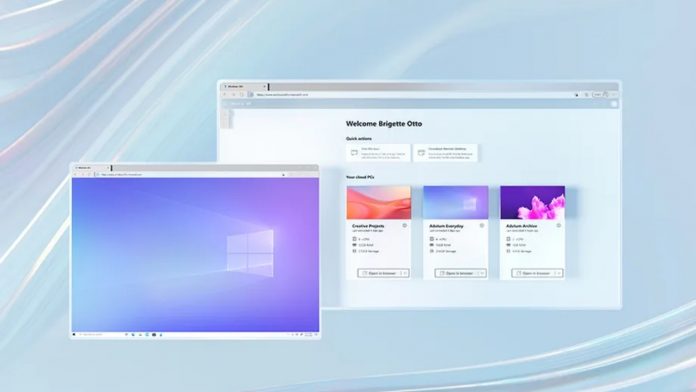 Windows 365 has been announced. Announcing the Windows 11 operating system a short time ago, Microsoft continues to announce its innovations. The company has now also introduced the Windows 365 service.

Microsoft has announced a major new service called Windows 365, designed to give customers a new way to interact between the two systems when Windows 10 and Windows 11 arrive.

Use Windows 10 and Windows 11 via browser

At its annual conference, the company presented the first official details about the long-rumored service, which allows users to stream a Windows desktop to their device via the cloud.

Instead of hosting the operating system and applications locally, using both storage and computing resources, Windows 365 allows users to transfer their applications, data and settings to any of their devices.

Under the hood of Windows 365, it appears as a cloud-based computer, a business-oriented virtualization service that effectively turns corporate devices into thin clients.

“The ability to work whenever and wherever needed has become the new normal,” said Wangui McKelvey, General Manager of Microsoft 365. All employees; wants technology that is familiar, easy to use, and usable across devices. In the most complex cyber security environment we have seen; Businesses need a solution that helps their employees collaborate, share and create while keeping their data safe. We have the opportunity to design tools that will empower this new hybrid world of work with a new perspective and the power and security of the cloud.” announced Windows 365.

To make the transition as simple as possible for IT departments, cloud PCs will appear alongside physical Windows computers in Microsoft Endpoint Manager, and the patch management process will remain the same. In this way, both physical and virtual systems will be accessible simultaneously from anywhere. In addition, this feature can be used on macOS or other operating systems.

According to Microsoft, cloud-based computers also solve a number of cybersecurity problems by storing data in the cloud instead of on the device. Integrations with the company’s various security and identity management services also simplify multi-factor authentication and conditional access setup.

“We are very excited to share this new way to experience Windows 10 or Windows 11 on all your devices through the power of the cloud,” McKelvey said. We believe this will provide organizations of all sizes with the power, simplicity and security you need to meet the changing needs of your workforce.” made a statement.

The new service, which will go live on August 2, will be available in two configurations, Windows 365 Business and Windows 365 Enterprise. Billed monthly per user, these two packages will offer businesses different performance options.