Home Tech Windows 11: You Can See Immediately If Your Processor Supports It 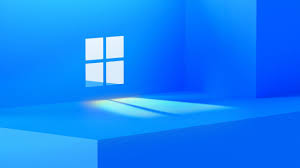 Windows 11 is coming later this year as a free upgrade for Windows 10 users. However, many users must be wondering if their hardware is compatible for this update. Microsoft has changed the minimum system requirements, and the most surprising here are the CPU changes. Windows 11 will only be officially supported by 8th Gen and newer Intel Core processors, as well as Apollo Lake and newer Pentium and Celeron processors.

This limits potentially millions of existing Windows 10 devices to be upgraded to Windows 11 with full support. It even excludes devices like the company’s own Surface Studio 2, which it currently sells overseas for $3,499. Older devices that are not officially supported will encounter a warning during the Windows 11 installation stating that the upgrade is not recommended, but the operating system can still be installed.

Also, Windows 11 will only officially support AMD Ryzen 2000 and newer processors and EPYC chips of the 2nd Generation or newer. You can find the full list of supported processors on Microsoft’s site, but basically here’s the list:

Many Windows 10 users download Microsoft’s PC Health app (download here) to see if Windows 11 is running on their systems, so they can see if their system will support Windows 11. Since Microsoft also needs a TPM (Trusted Platform Module), this has led to some additional confusion with hardware support.

While Microsoft has required TPM support for OEM hardware certification since Windows 10, it has not actively required this to be fully enabled for Windows. This is changing in Windows 11 and this means that if your laptop or PC was shipped without these BIOS options enabled, you will need to adjust a setting to turn it on.

“Nearly every CPU that has come out in the last 5-7 years has a TPM,” said David Weston, director of enterprise and operating system security at Microsoft. says. Weston recommends that Windows 10 users failing Microsoft’s Windows 11 upgrade controller requirements make sure the BIOS options are enabled for “PTT” on Intel systems or “PSP fTPM” on AMD devices. Since each BIOS has different settings, it might be a good idea to consult your laptop’s manual if you’re having trouble finding the option. You may need to apply.

If you have TPM support enabled and still can’t get past the Windows 11 upgrade controller, it’s probably because your CPU isn’t on the fully supported list. Intel has confirmed Microsoft’s Windows 11 CPU requirements. “A wide range of Intel-based platforms are expected to support Windows 11,” an Intel spokesperson said. said. He said that these include 8th Gen and newer Intel Core processors, as well as ‘Apollo Lake’ generation and newer Intel Pentium processors and Intel Celeron processors.

This marks the first significant change in Windows hardware requirements since Windows 8 was released in 2012. CPU changes naturally surprise people. Additionally, from January 2023, Microsoft will require a front-facing camera for all Windows 11 devices, excluding desktop computers. This can be described as another change that will shape the hardware that Windows 11 will run on in the coming years.