Home Tech Windows 11 Will Finally Use Android Applications, But In The Beta 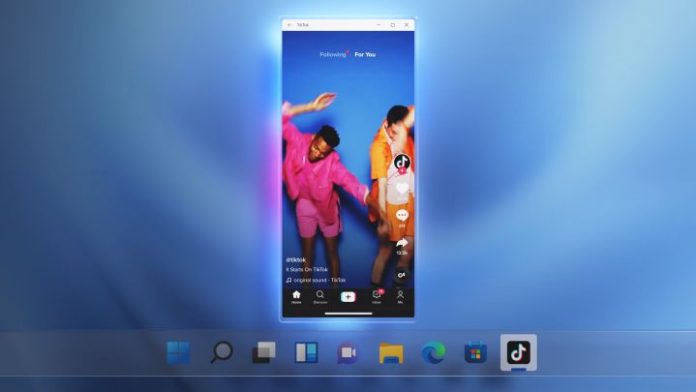 Windows 11 has only been running on many of the world’s computers for a very short time. It will stop a lot until it increases its degree of acceptance, and even more to become the one chosen by all to work on the computer. But one of the reasons for becoming such an important operating system will have to do with one of the features promised by those of Redmond and that is the arrival of the use of Android applications in Windows 11.

Those of Redmond have done a good job with Windows 11 adapting it to all kinds of devices. And the company has been more aware than ever that its operating system also serves to get a lot out of tablets. And it is that its compatibility with many desktop applications finally joins with those of other companies to which it is in a way linked, such as Google.

So important is this synergy that one of the most striking features was that it came with the ability to run and install Android applications. The firm has kept that ace up its sleeve until today, when we finally learned that this function is already circulating through the testing phase for the first circle of developers in the United States.

As you might expect, only a few have access to this feature and Microsoft has already given clear instructions for the proper development of this feature. Of course, they are working on the stability of the function in the first place and on how these applications are installed and work in the different terminals compatible with the operating system as advertised on the blog.

Remember that the Windows 10 version already had an option called Your Phone from which you could control your Android terminal if you linked it, but this step is totally different. It’s about using android system apps like traditional desktop apps, which you can pin to the taskbar and use when possible. Of course, it is necessary to highlight that these versions may bring fewer functions than the desktop version, so there will be some that are worth installing and others that do not, but we will know that when the function reaches all users.