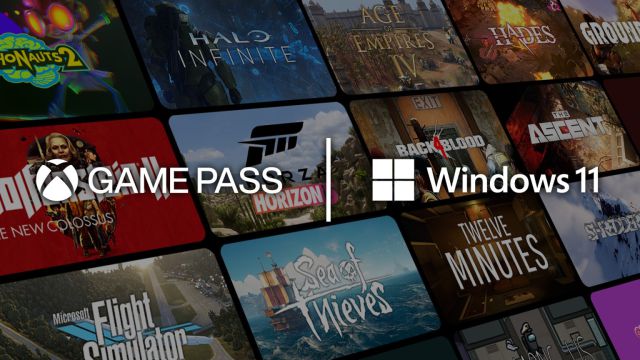 Windows 11: Microsoft is fully committed to gaming with its new operating system, free for Windows 10 users. We review its news.Windows 11 is back with the video game world. Microsoft has presented that Thursday the long-awaited update of its operating system for computers and more devices with the aim of creating an ecosystem where everything is fast, intuitive and accessible; but also a place where lovers of this leisure can feel at home. We take a look at the features of Windows 11 and its link to gaming, with a special emphasis on Xbox Game Pass.

One of the main novelties is that Windows 11 will arrive with Auto HDR integrated, as we have already seen in Xbox Series X and Xbox Series S, a quality that automatically adds high dynamic range (HDR) enhancements for video games created in DirectX 11 or higher and previously only had Standard Dynamic Range (SDR). Thanks to HDR, the color gamut is greater and the rendering of the image has a greater width in brightness and color values; a plus of richness to the depth of the image.

Speed ​​will be another of the hallmarks of Windows 11 with video games. Thanks to the new drivers and the performance of computers with NVMe SSD, Windows 11 will load video games at high speed. This is where the DirectStorage concept comes into play, which we already knew with Xbox Series X | S as part of the Xbox Velocity Architecture technology. Thanks to DirectStorage, games will quickly load images onto the graphics card without exposing the CPU to high saturation. For practical purposes, we will have shorter loading times. PCs with Windows 11 “DirectStorage Optimized” will be configured with the necessary hardware and drivers.

Since the creation of Xbox Game Pass for PC (whose subscription is also included in Xbox Game Pass Ultimate), the Xbox ecosystem has been more closely linked than ever with Windows. Now it will go one step further by having the Xbox Game Pass app included as standard in Windows 11. In case we are subscribed, we will be able to access the more than 100 games in the XGP library for PC from the desktop; including those that will arrive this year, such as Halo Infinite, Age of Empires IV or Forza Horizon 5.

The Xbox Game Pass subscription for PC brings EA Play at no additional cost, as does Xbox Game Pass Ultimate. Soon we will be able to use Xbox Cloud Gaming on Windows 11 without having to download anything; directly in streaming. And yes, the cross progression between platforms is maintained.