Home World Windows 11 Is Coming To An End 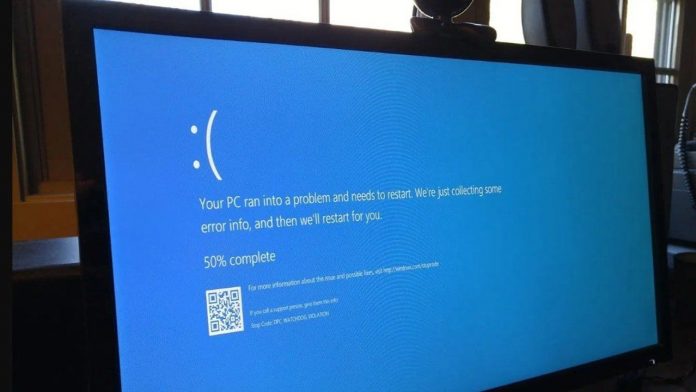 Windows 11 will not blue screen. The blue screen we get in Windows i.e. the BSOD will no longer be blue. With the new Windows 11, the blue screen disappears and leaves its place to the black screen.

With Windows 11, Microsoft is changing the blue screen that most Windows users know, namely BSOD, to black screen. In this way, a more modern and less tiring screen welcomes us.

No blue screen in Windows 11

With the new Windows 11, Microsoft has started to release design changes in new beta versions. Although the newer black screen has not been activated, Windows 11’s black startup and shutdown screens and login screens confirm this feature.

After Windows 7, a sad facial expression appeared on Microsoft’s BSOD screen, and after a while, a QR code was added.

While the software problems can be solved simply, you may need to take physical action for the hardware error.

You can solve the blue screen, that is, the black screen with the new update, by investigating the error code, or you can examine the minidump file saved on your system with Microsoft’s Debugging Tools program. Of course, this program is not for end users. It may not be easy to use.

We can say that the error screen in Windows 11 is black like Kernel Panic in GNU/Linux distributions, which is a bit more beautiful and appealing to the eye.

This feature has not been seen yet in the beta Windows 11 version shared with users. The reason for this is that Microsoft has been using a green screen since 2016 in the Insider versions.

It was a matter of great curiosity why Microsoft changed the blue screen color to black. Microsoft, on the other hand, continues to maintain its silence on this issue. According to estimates, Microsoft will continue to make changes like this. This is because as the interface changes in most places in Windows 11, other simple features and programs have to keep up with this modern design.

Sweden’s Highest Mountain Is Shortening Due To Global Warming