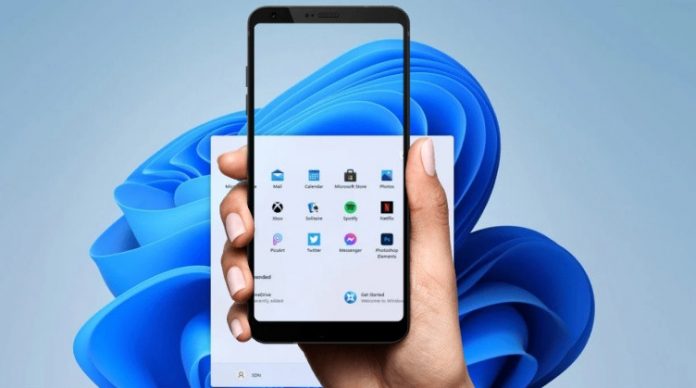 Windows 11 was installed on a 6 year old smartphone. A developer installed Windows 11 on a 6-year-old Lumia 950XL and shared his experience as a video. Although there are serious crashes and freezes in the operating system due to the age of the phone, we can say that Windows 11 is well compatible with smartphones.

In a news we shared with you a few days after the ISO file of the beta version of Windows 11, which is Microsoft’s new generation operating system, was leaked, we mentioned that a Twitter user named Gustave Monce installed Windows 11 on a Lumia 950XL, which was released 6 years ago. .

Lumia 950XL is a smartphone released in 2015. Therefore, it would be unfair to expect it to perform well. However, as far as we can see from the video shared by Monce, Windows 11 will appear as a desktop operating system, but the updated interface also fits very well with smartphones.

We know that Microsoft developed Windows 11 to run on both ARM and x64 devices. Still, smartphones using the Windows 11 operating system by default are not expected to be released. However, as you can see in the video right below, Windows 11 seems to have a bad interface in terms of mobile experience.

LG’s update plan for Android 11 has been announced