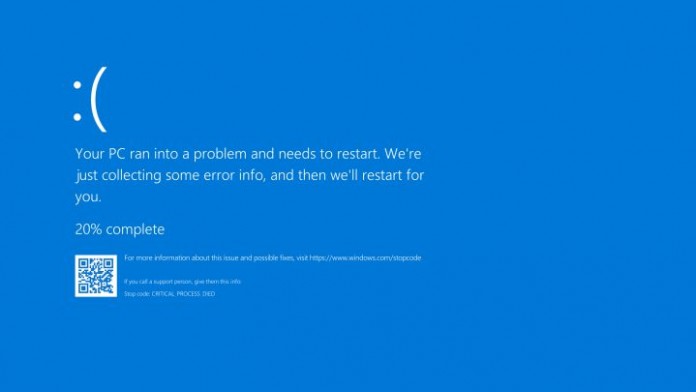 Windows 11: Windows death screen is one of the things that no user wants to see. It supposes a sudden problem in the device, which is summarized in a crash. You will have the QR code at your disposal so you know what to do next, but in the new version of Windows 11 it will turn blue again after an expected cosmetic color change.

At the beginning of July we heard that Microsoft was behind a major change for users of its operating system. We are not only talking about the arrival of Windows 11 that is already working on many devices, but about an internal feature as important as the use of the black screen of death. Yes, you read correctly, in principle it was going to be black and it has been that way for a few months.

But now the Redmond people have backtracked on this project in which they have returned to their origins. And, according to what Ars Technica tells us, users will fear the BSODs or the famous blue screens of death again. The funny thing about this is that it will arrive in the same current update format that users of the operating system of the four squares are used to receiving.

Important changes in the new update

Yes, it is an aesthetic change, but many will praise the return of the blue screen of death. Well, not so much, since it supposes a failure in the device for which it has been blocked. Changes will take effect when patch 22000.346 is installed.

This not only changes the famous error screen, there are also other important adjustments such as: rendering problems with the new taskbar and the Start menu, as well as Bluetooth audio volume control failures and when running some applications 32-bit among other errors that surely have finally a solution after Windows 11 was released a month ago.

If you are one of those who have already made the leap to the new operating system, you will have no other option than to wait for these corrections, while the rest still have to wait to take that step or for their processors to be included in the list of the signature of Redmond.