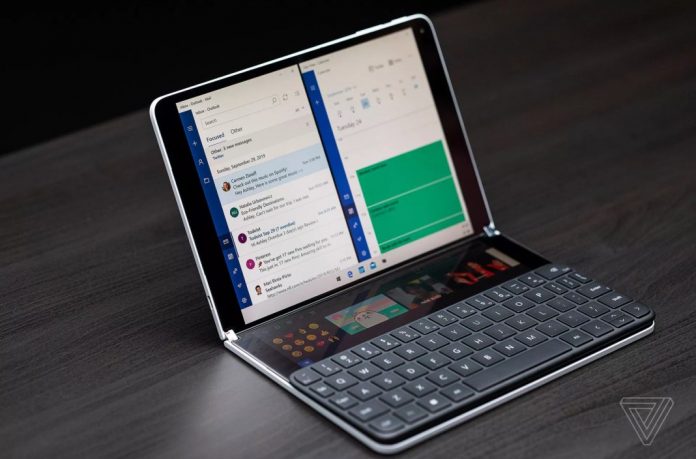 Windows 10X was shelved. Microsoft has been trying to build a lighter version of Windows for more than 10 years. However, the company did not succeed in this. Windows 10X, the latest initiative, is said to have been shelved instead to improve Windows 10.

Petri stated that Windows 10X will not be released this year and the operating system will probably never come as it stands. Microsoft originally planned to introduce Windows 10X, a lighter and simplified version of Windows, with new dual-screen devices such as the Surface Neo. This was something planned before the pandemic happened. Instead, Microsoft has decided to prioritize Windows 10X for single-screen laptops.

The change was intended to position Windows 10X more as a Chrome OS competitor. Windows 10X included a simplified interface, an updated Start menu with no Live Tiles, multitasking enhancements, and a dedicated app section for performance and security. Microsoft’s overall goal with Windows 10X was to create a simplified, simplified and modern cloud-powered version of Windows.

Microsoft has always viewed Chromebooks as a major threat to businesses and schools, but last year the demand for regular Windows laptops has skyrocketed. Despite the global chip shortage, the PC market did not slow down during the epidemic. Microsoft has seen Windows revenues rise. Windows OEM revenue increased 10 percent in the last quarter, reflecting strong consumer PC demand. Non-corporate Windows OEM revenue also increased 44 percent.

What innovations will come with the Windows 10 update instead of Windows 10X?

According to Microsoft, there are currently 1.3 billion active Windows 10 devices. This is a large number of existing devices, and it seems that Microsoft is now focused on improving the foundation of Windows rather than introducing a new variety. Microsoft is gradually working to improve the user interface of Windows 10 with new system icons, File Explorer improvements, and even the removal of icons from the Windows 95 era.

All of these visual changes are part of a larger study codenamed Sun Valley. Microsoft has yet to formally elaborate on these studies, but a job listing that surfaced earlier this year hinted at “a comprehensive visual refresh of Windows”. We expect a lot of visual changes in the Windows 10 21H2 update, which is scheduled to be released in October.

Microsoft focuses on further improving the operating system for those who depend on Windows in their daily work. The software maker is finally fixing the issue of reordering across multiple monitors, adding the Xbox Auto HDR feature, and even improving Bluetooth audio support.

We see that after trying to simplify Windows for more than a decade, Microsoft has decided to go back to basics. We first saw Windows RT released in 2012. Then came Windows 10 S in 2017. Both couldn’t simplify Windows, but there will undoubtedly be some interesting changes in Windows 10X that will migrate to Windows 10.

Mi Pad Tablet Series Can Be Renewed After A Long Time