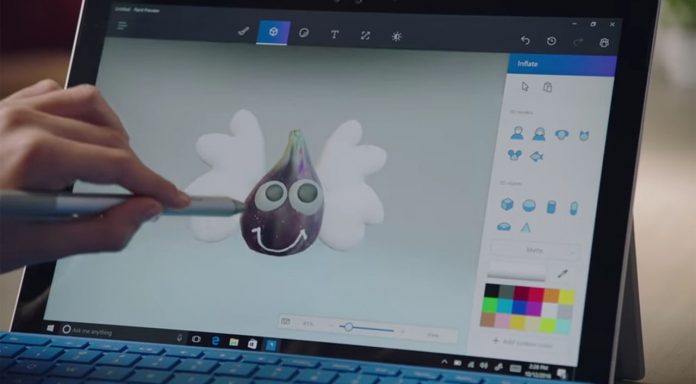 By default, Microsoft installs the applications it develops on the computer equipped with the Windows 10 operating system. However, most users who are disturbed by this situation say that they do not want applications to take up space on the computer unnecessarily. The software giant has made a decision that will please these users. It has decided to no longer include the photo editing software in Windows by default.

Windows 10 won’t include Paint by default

This innovation, which was first noticed by Insider Previewer users, became clear with Microsoft’s announcement. The company stated that those who have already installed the applications will not be affected by the new decision. He added that both apps will continue to be available in the Microsoft Store.

Microsoft summed up its decision as follows:

“3D Viewer and Paint 3D will no longer be preinstalled on clean installs of the latest Insider Preview versions. Both apps will continue to be available on the Store and will remain on your device after an operating system update. So if you have upgraded your computer normally, these applications will remain on your list. ”

Paint 3D, which has a more modern and only interface, appeared as a renewed version of the classic Paint. The application, which focused on 3D content production, had editing features not included in classic Paint. Microsoft aimed the application to make a great contribution to Windows users and expected it to be one of the most preferred in this field.

Likewise, both tools called 3D Viewer and 3D Objects were added to Windows by default with the Creators Update release. Microsoft gave up this move. It left the choice entirely to users whether to install applications or not.

Warning to Millions of iPhone 12 Users from Apple: Phones Can...

WhatsApp: Change the App logo and add a Christmas hat