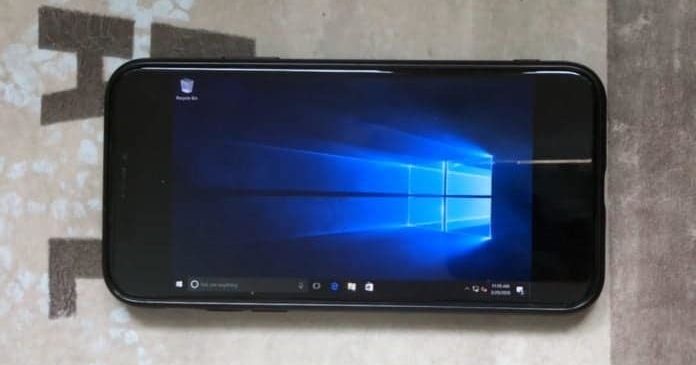 We recently announced to you that Android 10 can be installed on iPhone models through a project called Project Sandcastle. This time, the iPhone appeared with Windows 10 operating system. However, the two projects are a little different.

While the developers have done a really great job, the virtual machine performance of the iPhone is slow. It takes more than 30 seconds to open apps like File Explorer or Settings.

We would like to state that there is no need for jailbreak or similar operation, and that Windows 10 can be installed on the iPhone in about 20 minutes on the virtual machine. Of course, the fact that the processors used on mobile devices are different from computers brings some problems.

‘Super Worm Moon’, One of the Brightest Patterns of the Moon,...

Recycle Bin to be Added to Smartphones with Android 11

BTS stays on top of Billboard Hot 100 with Dynamite

Watch the new trailer of “Emma”

New details of the Megaevolution, which will arrive in 2020

Where to reserve the PlayStation 5 in Mexico