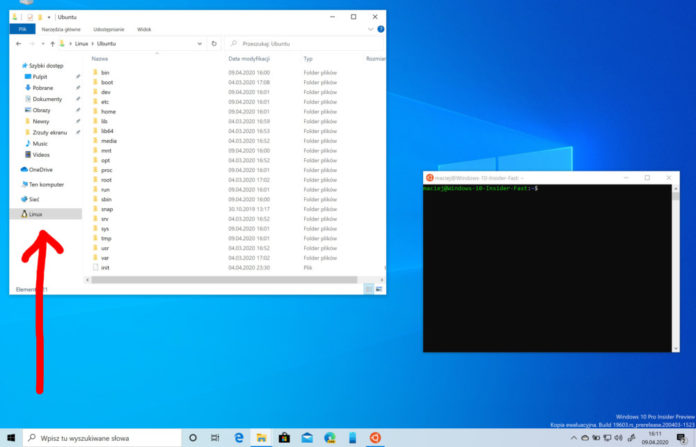 With the new update to Windows, Linux files will be opened much easier. Apart from that, there is another feature brought for those who have storage problems.

Earlier this year, Microsoft shared its plans for Linux Kernel integration into Windows 10. The company now enables Linux files to be accessed within the File Explorer. Users have been able to access Linux files since Windows 1903. Users can open these files much more easily thanks to the feature that came in the 19603 build number update.

This innovation is a tool that offers cleaning suggestions to free up disk space by selecting and deleting files not used in storage settings. Also, with this innovation, Microsoft News Bar was introduced. The customizable news application is positioned on the screen and updated throughout the day. If the window size distracts or distracts, the window can be reduced in a single motion.

Apart from these, although it is not officially announced by Microsoft, there is a ‘What’s new’ page on the agenda. This page, which appears when we enter Settings, introduces new features that come to the operating system. This feature was unveiled by the Windows 10 expert Albacore. As it is known later, Microsoft official Brandon LeBlanc tweeted that this feature was hidden because it is not yet ready for use.

Kara Del Toro shines under the sun in her last post

Uber Eats: how to use the contactless delivery option

At Home on Instagram: how to use the quarantine sticker in...

Description that marks the release date of Xiaomi Mi Band 5