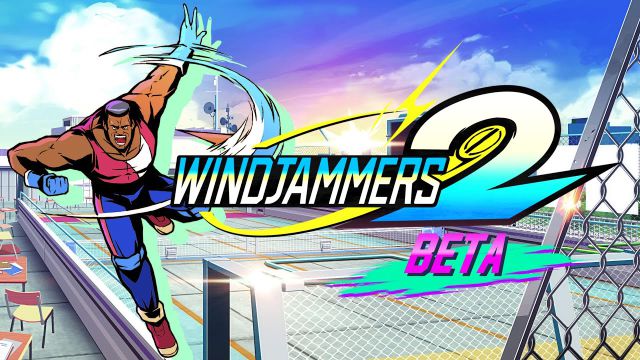 Windjammers 2: Dotemu confirms a public beta of Windjammers 2 for PS5, PS4 and PC systems. We know what content it will include and between what days it will be held. Windjammers 2 will be running an open beta testing period from August 11-22. Dotemu will allow the PS5, PS4 and PC community to get a taste of the long-awaited sequel. Also, this marks the announcement of the console versions: the PlayStation ecosystem will participate from day one.

“Athletes can face off in qualifying matches online through tracks on a sunny beach, a stadium, a noisy ring and on the roof of a tower,” the study reveals in a press release. “The open beta allows PS5 and PS4 players to play against each other, while Steam users will be able to fight to conquer their own league.”

You can choose one of the four characters available in the beta, whose performance varies according to their power and speed; You will have to select which player you want to handle according to your playing style between Steve Miller (UK), Gary Scott (USA), Loris Biaggi (Italy) and Sophie de Lys (France).

Disc combat is shown in a new gameplay, where the basic concepts to play a match are shared with the community. You can see it under this paragraph.

“Since our last demo, we have understood all your feedback to add a ping display option to the controls menu,” says Dotemu. “Regarding the function of being able to play with your friends, which we know is important for you, we are currently working to make this function more stable, so your experience will be the best possible. You should know that even if your suggestions are not included in this beta, that does not mean that they have not been taken into account ”.

The company appreciates “the incredible support” they have received in recent months, especially since their last demonstration. With this beta they intend to further refine the shot for its launch.

Call of Duty: Vanguard Already Suffers From Cheater Issues And Is...