Home Celebrity William and Harry angry: “A lot of suffering and unresolved problems” 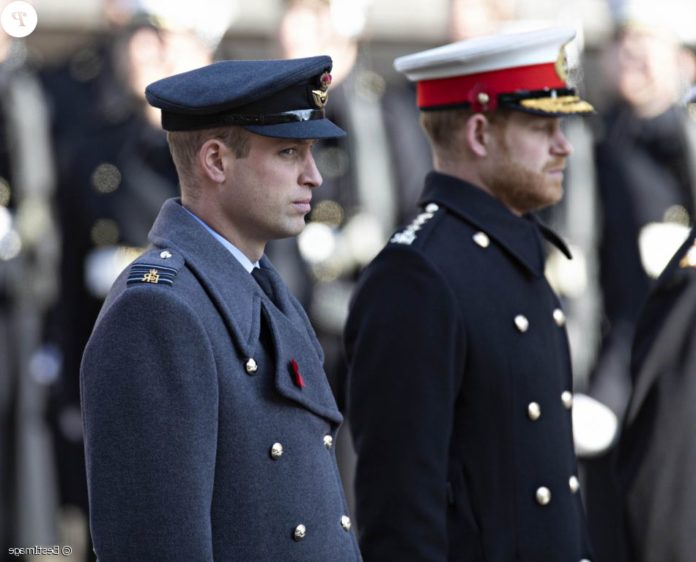 They no longer live under the same roof and have officially separated all their royal activities … Prince William and his brother Harry would be more distant than ever and no mediator at the palace would be able to belittle the two brothers.

Prince Harry may have distanced himself from the media for a six-week break, but he keeps getting talked about. It is this time a royal source of the magazine People who spoke about the more or less conflictual relationship now held by the Duke of Sussex with his older brother William. According to this testimony published November 21, 2019, the two brothers would have difficulty putting their differences aside since the departure of the private secretary of the Queen two years ago.

Christopher Geidt used to soothe the tensions between the two brothers, but also with their father Prince Charles: “There is a lot of suffering and unresolved problems between the boys,” the magazine source said. to help with mediation Grievances can become huge conflicts between different royal offices if they are not handled properly, and that’s exactly what’s happening now. ” Tensions that come with a natural independence process for Prince Harry, who has now started his own family with Meghan Markle and their little Archie (6 months): “As is often the case in n ‘ any family, when a brother or sister gets married, there is always a period of adjustment, people have new priorities and different interests. ”

If the Duke and Duchess of Sussex had a time lived and worked in chorus with the Cambridge, and so earned the seductive nickname of Fab Four, the two couples finally officially separated their homes, royal activities and teams last spring. An administrative break, but also personal: “They do not speak to each other, nobody takes new ones, sends messages”, recently testified another source of People.

There are ups and downs
The broadcast of the ITV News documentary last September, in which Prince Harry and Meghan Markle each confided their uneasiness in the face of media pressure, certainly did not help to bring the clan together, unaccustomed to this kind of sentimental unpacking televised. “We are brothers, we will always be brothers, we are currently on different paths, but I will always be there for him just as, I know, he will always be there for me,” Prince Harry had just said about his Brother William, we do not see each other as much as before, because we are busy, but I love him deeply and the majority of these rumors are built up from scratch, between brothers, you know, there are ups and downs. low.”

A distance taken materialized at the end of the year by the decision of Prince Harry and Meghan Markle not to spend Christmas with the rest of the royal family in Sandringham this year. Already last summer, they had not taken part in the traditional family reunion in the Queen’s Castle in Balmoral, Scotland.