Home Crypto WILL WIN: Jay Park and IU star in preview of their new... 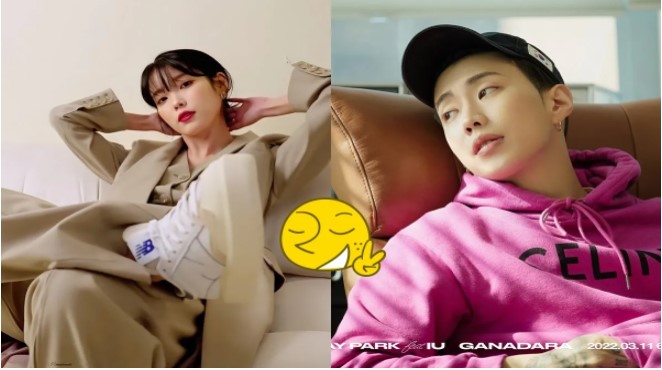 Jay Park knows how to make us talk, he previously announced a new company called MORE VISION, he released the first teaser of his new song ‘GANADARA’ and the new news is that it is a collaboration and it is with singer IU.

After announcing that Jay Park would no longer be the CEO of AOMG and H1GHR MUSIC, the meaning of MORE VISION, his new song. Jay Park never tires of bombarding us with news, as he has now announced the second preview of his new song GANADARA and it is with the popular K-Pop singer IU. We certainly can’t wait to hear about this new song.

Through his Twitter account, Jay Park released the first preview of his new song to us. We know very well that this tune will be released on March 11th.

Although the interpreter of ‘Me Like Yuh’ did not tell us everything that this song entails and left us with a surprise. We were all blown away as it is a collaboration with beloved K-Pop singer IU. We certainly can’t wait to hear this song, which will soon be on our playlist.

THE NEW PREVIEW OF GANADARA WITH THE SINGER IU

In the first one, you can see how the young singer is sitting down and initiates a cell phone call, he nervously walks around his studio and we find out that he called IU, since he mentions the name of the artist and tells her that he is working on a new song with the name of GANADARA. The conversation is overshadowed by the new background song. It looks like Jay ends the call satisfied and nervous.

Here we leave you the video:

Where we see Jay working on a choreography, but he is interrupted by one of his staff, he receives the news that IU was not present, causing a series of emotions for the singer. What do you think? We will definitely see IU in this song.

And here’s the second:

The song sounds interesting and we can’t wait to hear it.

While Bitcoin, Ethereum, and Others Consolidate, This Altcoin Doesn’t Stop Rise!