Home Science How will the weakening of the Earth’s Magnetic Field affect people? 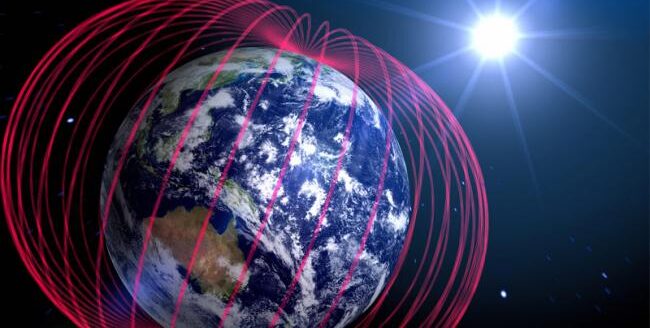 Much speculation has been made to date on how openings in the magnetic shield of our planet affect people. Scientists have done a lot of work in pursuit of this problem and have been informed that the comfort of our lives will be a little bit off when this happens.

According to scientists, the weakening of the magnetic field in some parts of the world will make some changes in the protection of the planet from harmful ultraviolet radiation. However, it is reported that these changes will bring along other problems than creating physical effects as expected. The realization of this situation will affect the operation of satellites, which will automatically mean major interruptions in global communication systems including Telecom networks and internet connection.

In their publication, scientists say that spacecraft flying in an exhausted magnetic force field are also more likely to encounter technical problems. According to Mike Hapgood, who focuses on geomagnetic storms and conducts a study on the 1921 solar storm, this powerful geomagnetic event will cause many technological innovations that people use today to be destroyed.

It can have very important effects:
Scientists also report that logistics and emergency services will be significantly affected due to the deterioration of the GPS system. It is obvious that this kind of magnetic field reversal will not happen in a single day, but it is thought that expressing the concerns will be effective at least in terms of taking precautions and making corrections.

While many researches and studies have been carried out on the subject since then, the results of these researches reveal new data. New studies are starting as a result of the released data and scientists have been thinking about this issue for a long time. We will learn how the situation will take shape after the latest news from experts’ next explanations.

Is cannabis effective in fighting Covid-19?