Home Crypto Will they accept Bitcoin as a country? Good news from 3 different... 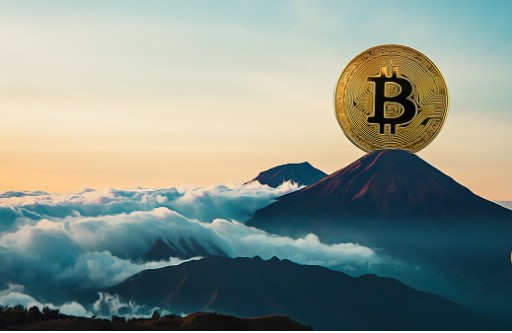 The Bitcoin conference last year brought to us a bitcoin advocate like Salvador. Similar things are happening again this year. The adoption of cryptocurrencies by countries is more important than the adoption of large companies. Bitcoin, which has become a legal currency across the country, may experience serious volume explosions in the near future. This allows the price to grow seriously, since there are only 19 million bitcoins.

Senator Indira Kempis will propose a law making bitcoin a legal currency in her country. Senator Indira Kempis and businessman Ricardo Salinas are making serious efforts to introduce cryptocurrencies in Mexico. Thanks to the regional influence of El Salvador, regions such as Honduras, Costa Rica, Guatemala and Panama have started discussing the idea of adopting Bitcoin.

From the very first day, it was said that El Salvador’s experiment would inspire many countries. The CEO of Binance shared in CZ in this vein. On the other hand, Argentina has pledged to stay away from Bitcoin in order to get the requested support loan. The IMF and the World Bank are outraged by the decision of governments to accept bitcoin.

These two islands announced today that they accept Bitcoin as a legitimate payment method. The island of Prospera in Honduras and Madeira, an autonomous region of Portugal, follow the path of El Salvador in this step. The President of Madeira, Miguel Albuquerque, made several important statements on this occasion.

“I believe in the future, and the future will be for Bitcoin. People who buy and sell Bitcoin in Madeira do not pay taxes. They are not subject to personal income tax. We offer excellent conditions to everyone who wants to come to Madeira.”

This is done in order to promote the development of Albuquerque residents who invite rich cryptocurrencies to Madeira. We are talking about a new technology, just as the United Arab Emirates opened its cryptocurrency innovation and financial center. Cryptocurrencies have grown with tremendous force in a very short time. It is expected that this will continue in the coming period, it has already been mentioned that there are 100 million cryptocurrency users. The number of people who have access to and use the Internet exceeds 4.5 billion people, and we hope that research will be conducted in our country in this regard. Changes and transformations throughout history have rewarded those who act in harmony with them.

AXS Domain Reddit Founder Will Invest In These Altcoins!

This DeFi Altcoin Has Doubled Its Price: Here’s Why and Forecasts!