Home Entertainment Will there be a “New Spider-Man 3”? Every update 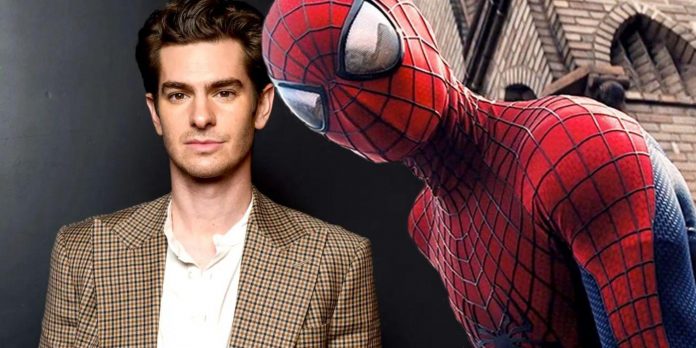 The clamoring for The Amazing Spider-Man 3 only grew after the release of Spider-Man: No Way Home in 2021, leading to the question of if the movie will actually be made. Spider-Man: No Way Home saw the return of both Tobey Maguire and Andrew Garfield to the titular character, alongside Tom Holland’s MCU version, leading to an outcry from fans for Andrew Garfield to be given the third movie in his series that was taken from him. While many were excited to see Tobey Maguire’s Spidey back in action, as well as Holland’s, both of those actors each received a trilogy that rounded off their respective stories well.

With Garfield though, the poor critical and commercial reception of the second movie led Sony to cancel The Amazing Spider-Man 3, and their wider Web-universe plans altogether, in favor of a deal with Marvel Studios to bring Holland’s Spider-Man to the MCU. While the reception to both of the Amazing Spider-Man movies was fairly mixed, one of the main aspects of the film that was constantly praised even after the series’ cancellation was Garfield himself in the titular role. Garfield is an exceptional actor, and while some diehard comic fans thought his Peter Parker was too “cool” to represent his comic book counterpart, Garfield’s actual performance was a constant strength of those movies.

That strong portrayal by Garfield only continued into Spider-Man: No Way Home when Spider-Man fans got to see a dream come true and witness all three live-action Peter Parkers in the same movie. As with The Amazing Spider-Man and its sequel, Andrew Garfield’s performance was praised as the best by fans and critics alike, leading to many calling for his trilogy to finally be finished given the establishment of a live-action Spider-Verse. While the performances of both Holland and Maguire received critical acclaim, it was Garfield’s who stood out with #MakeTASM3 trending on Twitter at multiple different times in the months since Spider-Man: No Way Home’s release. With so many fans clamoring for a sequel to both The Amazing Spider-Man 2 and Spider-Man: No Way Home, it is worth exploring whether the film will actually happen, and what the stars, studios, and fans, all think of the film’s possibilities.

Why Marvel Fans Want The Amazing Spider-Man 3 To Happen

Aside from the ones mentioned above. there are many reasons as to why fans want The Amazing Spider-Man 3 to happen, mainly stemming from Garfield’s appearance in No Way Home. Outside of Garfield’s fan-favorite performance as Peter Parker in both his series and his appearance in the MCU, the character itself is the main reason as to why fans want The Amazing Spider-Man 3 to happen. Firstly, Garfield’s version of Peter Parker is the only live-action version not to have a trilogy of standalone films like Maguire and Holland did. This means that a large part of Garfield’s version of Spider-Man and his story was left unfinished. The Amazing Spider-Man 2 ended on somewhat of a cliffhanger, with Harry Osborn apparently gearing up to form the Sinister Six and take down Spidey, beginning with Rhino. However, as that film ended leaving Rhino and Spider-Man’s fight unfinished, fans were left wanting.

Additionally, one of the biggest things left over from Garfield’s portrayal of Spider-Man was how he coped with the death of Gwen Stacy. While this was touched on in Spider-Man: No Way Home and the character even found some sort of closure during the final battle in that film when he caught MJ, there is still room to explore this should The Amazing Spider-Man 3 happen. One of the main things that led fans to want this exploration is a line from Garfield’s Parker when he states he became vengeful and stopped pulling his punches. The Amazing Spider-Man 3, as an offshoot of the MCU, could be set in two distinct periods, one when Peter was in this vengeful state, and one after his journey in Spider-Man: No Way Home so that his closure of Gwen’s death can be explored to the fullest.

With Spider-Man: No Way Home providing Garfield’s Parker with knowledge of the Green Goblin, as well as almost reconciling his relationship with Jamie Foxx’s Electro, the exploration of Peter’s battle with what would’ve been the Sinister Six could be explored in an even deeper way. Even with all of this, Garfield’s infectious performance as the character is the leading reason why fans are calling for his story to be finished, with many re-ranking their live-action Spider-Man actors to give Garfield the top spot after his amazing turn in Spider-Man: No Way Home.

Related: How Powerful Holland’s Spider-Man Is Compared To Maguire & Garfield

What Andrew Garfield Has Said About The Amazing Spider-Man 3

That being said, what the fans want comes secondary to the actor himself. Since the release of Spider-Man: No Way Home, Andrew Garfield has been hounded with questions regarding his return as Spider-Man, as well as any potential updates on The Amazing Spider-Man 3. Well, one thing that would excite many Spider-Man fans across the world is that Garfield has stated his willingness to return as Spider-Man, should the right story be found. In an interview with Variety shortly after No Way Home’s cinematic release, Garfield was asked if he would once again be open to another reprisal of the character, which many fans would like to see happen alongside Tom Hardy’s Venom, to which he replied:

“I mean, yes, definitely open to something if it felt right. Peter and Spider-Man, those characters are all about service, to the greater good and the many. He’s a working-class boy from Queens that knows struggle and loss and is deeply empathetic. I would try to borrow Peter Parker’s ethical framework in that, if there was an opportunity to step back in and tell more of that story, I would have to feel very sure and certain in myself.”

This only goes to prove how much Garfield cares and knows about the character, as well as confirming he is more than willing to return. Another thing worth noting is that Garfield jokingly stated recently that he has no updates on The Amazing Spider-Man 3 but that, even if he did, he doubts fans would believe him after his constant need to lie about being in Spider-Man: No Way Home.

One thing that has changed about the film industry in recent years is studios responding to audience requests more directly. In 2021, Warner Bros. listened to a fan movement in which they released Zack Snyder’s Justice League on HBOMax. Naturally then, it tracks that Sony themselves are aware of the demands for The Amazing Spider-Man 3 from fans, partly due to the multiple times the movement has trended on Twitter. It was on Twitter that Sony’s social media account responded to the hashtag, even if the actual studio has remained quiet on the subject since Spider-Man: No Way Home. In a promotional push for the Digital release of No Way Home, Sony and Marvel released a trailer centered on Garfield’s Spider-Man entitled “The Amazing Peter #3”, being both a pun on Garfield’s series’ title and the nickname given to him in Spider-Man: No Way Home. In the tweet, Sony’s social media account acknowledged the hashtag, despite stating that they don’t decide which movies get made. Check out the tweet below:

(Note: Yes, we’ve seen the hashtag. No, we don’t decide which movies get made. We’re just the social team 🙂)#SpiderManNoWayHome is now on Digital, and coming to 4K UHD and Blu-ray on April 12: https://t.co/unUkX9ceZc pic.twitter.com/TCsyk7swLC

Even Tom Holland Wants The Amazing Spider-Man 3 To Happen

Besides the studio and Garfield, current Spider-Man Tom Holland has also expressed his support for The Amazing Spider-Man 3, which was to be expected given the actor was a fan of both Maguire’s and Garfield’s respective series’ before being cast in the role himself. Naturally, after working with both actors on Spider-Man: No Way Home, Holland has formed a bond with the two. This means that he is obviously going to be supportive of their future endeavors, one of them being the potential Amazing Spider-Man 3. In an interview with ComicBook, Holland was asked his thoughts on the film happening after the fan outcry following Spider-Man: No Way Home:

“I would love to see The Amazing Spider-Man 3. I think what was so wonderful was how Andrew was able to kind of make amends with the character and the studio, to kind of win the general public back. That scene where he saved Zendaya, like, the fan reactions in the theater, was so spectacular. So, should Sony decide to do that, they would have my full support and, obviously, so would Andrew.”

This quote from Holland demonstrates the bond the actors have with each other, as well as how well they know the fans of their shared character. The love from fans for both Andrew Garfield’s and Tobey Maguire’s iterations of the character are not lost on Holland, and gratefully he feels the same as opposed to gatekeeping the character he is currently playing. Therefore, not only do the fans want the film to happen, but two of the Spider-Man actors themselves have expressed interest in the project, further pushing the question as to whether The Amazing Spider-Man 3 will actually happen.

Will The Amazing Spider-Man 3 Actually Happen?

The answer to the question is hard to pin down as Sony themselves have remained mute on the subject. Obviously, Sony has their current Spider-Man villain universe in full swing, with two Venom movies and Morbius released already, and both Madame Web and Kraven the Hunter currently in active development. That being said, Morbius’ director hinted during a QnA promoting the film that Sony’s villain universe does in fact have a Spider-Man in it, one that is apparently set to be unveiled fairly soon. The likelihood is that this is in reference to Andrew Garfield after the fan response, meaning that The Amazing Spider-Man 3 is more than probable given Sony’s need to save the universe after Morbius flopped at the box office. The concept of the multiverse is also in full swing in the MCU which, as long as that is the case, connects Sony’s characters together. With San Diego Comic-Con coming up this summer, as well as other fan events like D23 and the regular outpouring of superhero-related news, the announcement of The Amazing Spider-Man 3 could be imminent.

New sports plush Pikachu toys have been added to the Pokémon...