Home Tech Will the US enact the world’s first armed robot law? 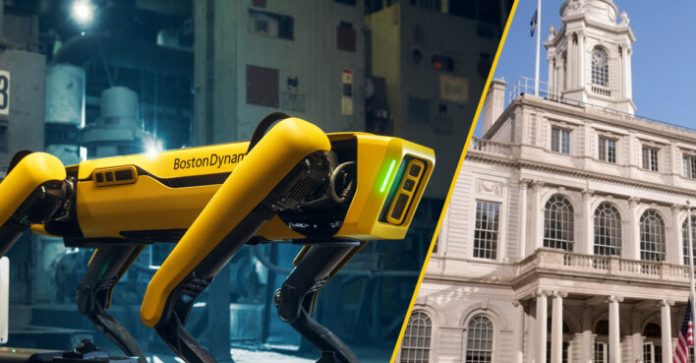 USA, New York State Assembly is on the agenda with an interesting bill. Although robots are not yet at the center of our lives, the New York Police have already started using the Boston Dynamics Digidog robot. But New York city councilor Ben Kallos is against the armed use of a robot named DigiDog. So, how was the first fuse fired for the armed robot law?

He took part in the Boston Dynamics robot Digidog in the bomb disposal operation organized by the New York Police last month. This image, reminiscent of science fiction movies, horrified some people, including Ben Kallos. Kallos, a member of the New York City Council, presented an important bill for the future.

The bill wants to prevent the New York Police from arming these robots in the future. Parliament member Kallos stated that he is not against using robots for bomb disposal. However, Kallos does not want to see armed robot troops roaming the streets in the future.

This draft law issued by Kallos does not prohibit auxiliary robots in line with the sensitivities of the council member. This local ban has not yet been enacted in the New York Parliament. Despite this, even the debate of the law caused the theories to come up with robots as a danger.

Although the use of robots in bomb disposal sparked the debate, it turned out that the police also used Digidog in one raid. However, the search for the house by the robot after the raid accelerated the draft law to come to the agenda even more. Other than that, armed robots have not yet entered our lives. However, as far as is known, the US military is experimenting in this direction.

The most interesting analogy for the Boston Dynamics robot Digidog is from the Black Mirror series. The Digidog robot is almost the same as the robot we see in Black Mirror season 4 episode 5.

Metalhead, one of the most tense episodes of Black Mirror, describes the unstoppable progress of a Digidog-like robot. With this chapter, the theory that robots threaten human life began to be discussed more.

The fictional video of the Boston Dynamics robot, which went viral for a while, also burned the first flare of these discussions. The video showing the robot defying orders and attacking a person caused a harsh reaction from people at that time.