Home Entertainment Will the next genDESIGN game be presented at the Tokyo Game Show... 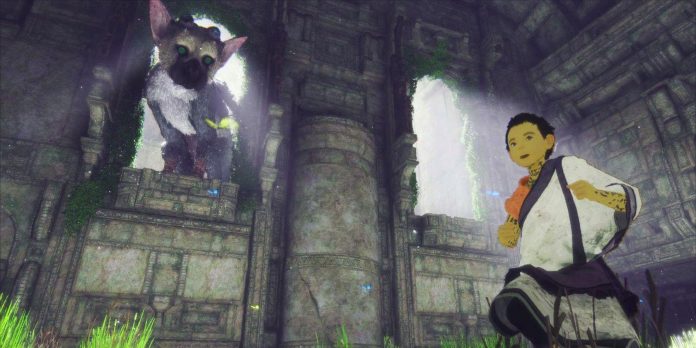 In 2016, genDESIGN released The Last Guardian, and although her next game has not yet been released, she may appear at the Tokyo Game Show. Unsurprisingly, the next project takes time; The Last Guardian spent over seven years in development hell, switching from PlayStation 3 to PlayStation 4, and director Fumito Ueda even left Sony during the game’s development. The game also marked the end of Team Ico, developer of beloved classic PlayStation games such as Ico and Shadow of the Colossus, and the remaining team members founded the independent studio genDESIGN in 2014 before proceeding to complete The Last Guardian.

Since the release of The Last Guardian, genDESIGN has remained almost completely silent about the status of its next project, probably learning from the turbulent development of The Last Guardian, which included many public delays and disagreements with the publisher Sony. However, the data indicates that the studio is preparing to present its next game before the end of the year, and since the Tokyo Game Show is just around the corner, it seems that the announcement may happen much earlier than expected.

genDESIGN after The Last Guardian

The Last Guardian was released in December 2016 after nine years of development and more than eleven years after Team Ico released Shadow of the Colossus for PlayStation 2. The launch of the game seemed to mark the end of genDESIGN’s partnership with Sony, and in 2018 genDESIGN began teasing its next game by releasing a blurry image of a young woman and a large figure with the inscription “Beauty and the Beast, 2018”. Later that year, Fumito Ueda announced that the studio had begun creating a prototype of its next project with the financial support of an independent investor in the video game industry, Kowloon Nights.

When Sony began liquidating its Japanese studios in 2020, remaking them into the current version of Team Asobi, the developer of the Astro Bot series, genDESIGN returned with an exciting announcement. The studio has announced that it is entering into a publishing agreement with Epic Games to publish its next multiplatform game. This will be the studio’s first fully developed project as an independent team, and it was announced that Epic will fully finance the project, and the profits from the game will be split 50/50 between Epic and genDESIGN.

This was the first important news from genDESIGN regarding its next game, implying that the wait will not be as painful as in the case of The Last Guardian, since Epic Games has signed a seemingly very lucrative publishing deal with the studio. genDESIGN went silent again until 2021, when the studio once again teased its next game in a New Year’s card on its website, showcasing art that appeared to depict a young girl standing under a giant mechanical creature. This art was lined up next to images from Ico, Shadow of the Colossus and The Last Guardian, implying that it points to the upcoming Fumito Ueda and genDESIGN game.

While most of 2021 was devoted to celebrating the 20th anniversary of the Ico, and various genDESIGN employees gave interviews to mark the event, the latest teaser advertisement for the studio’s next game appeared in the form of art published in January of this year by Fumito Ueda. Along with the tiger drawing dedicated to the Chinese New Year, Ueda stated that he would try to make several new announcements in 2022, implying that this year the team began planning the announcement of their next game.

Can the next genDESIGN game appear at the Tokyo Game Show?

It’s hard to deny the possibility that genDESIGN may announce the next big game at the Tokyo Game Show. Under the leadership of Sony, the Ico Team demonstrated both Ico and Shadow of the Colossus at Tokyo Game Show events, with Ico initially being presented as a PS1 game, and Shadow of the Colossus was originally presented as Nico, a four-player co-sequel to the Ico. destroying giant beasts.

Many of genDESIGN’s social media posts in recent years have been job listings for upcoming projects, as the game is still in active development and probably still a few years away from release. These days, some games are announced in advance to arouse the interest of potential applicants in the industry, which means that even if the game is still under development, there is a chance that genDESIGN will be able to show it at the Tokyo Game Show to help fill their vacancies. Such tactics have been cited as the reason why games like Mass Effect, The Witcher and Tomb Raider were announced so early.