Home Entertainment Will The New Bill Give King Charles III The Right to Deprive... 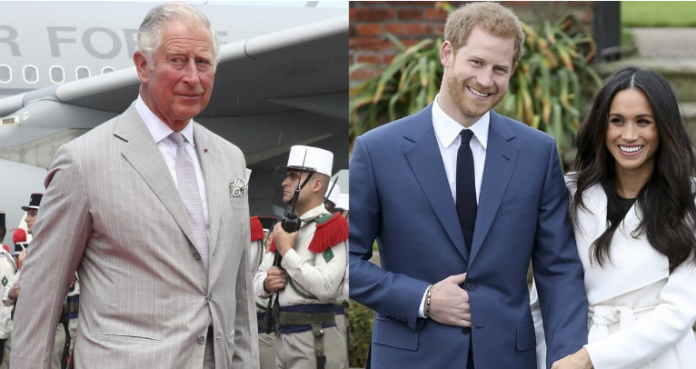 After leaving the royal family more than two years ago, Prince Harry and Meghan Markle lost the titles of His Royal Highness and Her Royal Highness. However, the couple retained their royal titles of Duke and Duchess of Sussex, despite the fact that they were not members of the royal family. Many royal experts and monarchists do not want the Sussex to continue to carry their titles, as they no longer live in the United Kingdom.

However, a few days ago it was noticed that King Charles III has no right to deprive Prince Harry and Meghan Markle of their royal titles. The monarch has no say in this, as the royal prince received the title of duke because of his male origin. Like Prince Harry, Prince Andrew also holds the title of Duke of York, despite not being a current member of the royal family. However, Labor MP Rachel Maskell in December proposes a bill that could change the situation.

Prince Harry and Meghan Markle may face problems due to the adoption of the bill
The bill, titled “Abolition of Titles,” will give the monarch or a parliamentary committee the right to strip royal titles of some members of the royal family if they deem them unfit to perform their duties. Interestingly, Prince Harry and Meghan Markle are not the inspirers of Rachel Maskell, who is presenting the bill in parliament.

As Marca mentions, a member of the York Parliament is introducing a bill on behalf of the residents of his constituency, as they do not want Prince Andrew to be known as the Duke of York. The people of York want Andrew to be stripped of his royal title after exposing his scandals and affairs.

Although the bill cannot be proposed for Prince Harry and Meghan Markle, it will definitely affect them. If it is passed in Parliament, they will be at the mercy of King Charles III or the government as far as their title of members of the royal family of Sussex is concerned.

Do you want the Sussex to keep their royal titles? Let us know in the comments.