Home Entertainment Will the Futurama humor still be relevant? 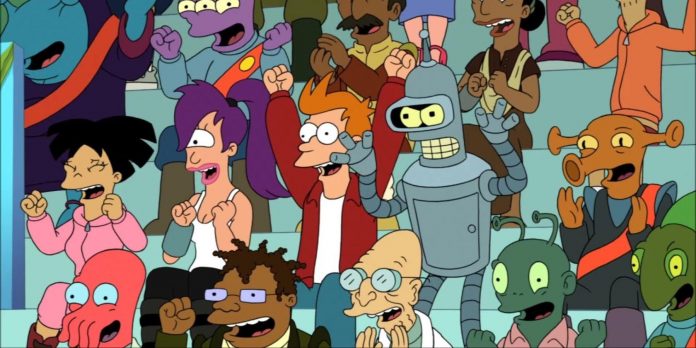 “Futurama” was pretty well received during its heyday, especially when you consider that it was very different from other adult animated shows that were filmed at that time. Part of what made people love him so much were the unique characters who, despite the fact that many of them were aliens, possessed some human flaws and qualities.

In addition to the humorous characters and the dynamics they brought with them, the setting of the world in which technology took over was very relevant. Considering that “Futurama” began when the Internet era really began to gain momentum and become a normal part of society, the concept of a futuristic world in which technology seemed to provide answers to all questions just seemed appropriate. Nevertheless, although many viewers of that time would have agreed that the series was comedic and enjoyable, today some humorous moments would hardly have received such praise. As the show is about to be revived, its humor may have to be changed too.

This is the inevitable fate of any show that goes through decades and undergoes changes — even in the details that can be considered the main ones in the franchise. The Simpsons is a good example. Although The Simpsons has maintained its cultural status over the years, this continued success has not been without evolution. Fans of the series can probably list a few details that have changed in the series over the years, such as how Homer mistreats Bart. Although Bart and Homer’s abusive and toxic relationship was originally intended to reflect the frustration of fatherhood, the violence factor (which was acceptable on television and in movies at the time) is not outdated. Now that society has become more open and active about situations of violence, media content covering such things has become taboo, as it is insensitive to real victims. Although many fans would probably have noted this detail as a key feature of Bart and Homer’s relationship, removing it from the story did not detract from the complexity of the dynamics of the relationship between father and son.

This shows how the longevity of the show depends on the ability of the screenwriter — in this case Matt Groening — to adapt to changing times and take into account the interests and concerns of viewers. As was the case with The Simpsons in the early years, when Futurama ended, the humor it used served a society with different views and interests than today. This means that it is likely that the Futurama revival created by Hulu will have to undergo some changes to achieve the same level of success. Fortunately, as Groening proved, he is able to include social aspects in his works.

Some details of Futurama’s past approach to comedy today can be seen as problematic, such as those that are insensitive to female viewers and viewers from various cultural groups. To begin with, Fry, who is the closest to the only main character, would look like a cliche if today he was given too much importance as a leader. At the same time, Bender’s sexual attractiveness for women today can be viewed in a different light. Another point from the point of view of women’s involvement is that Lila is often sexualized and treated as a prize, although she is clearly one of the smartest characters in the series. There are also several examples of racist stereotypes that might have disappeared in the 2000s, but would not be considered acceptable today.

Despite the inevitability of making some changes to the humor content in the show, there is a lot of content from the original style of the show that is still relevant. The show’s impeccable ability to reference current pop culture in a way that mixes it with futuristic jargon is one of its greatest charms. He also does a legendary job mixing comedy with science fiction, not relying entirely on either, which is sure to appeal to an audience that is becoming more accustomed to such structures.

All this suggests that, since Groening will continue the storyline, the story should have everything necessary to adapt and preserve the elements that make it special. We hope that any changes will improve the show. We hope there will be more opportunities for women, with less over-sexualization of female characters, and women in the audience will be more interested in the storyline. I hope there will be no jokes insensitive to cultural peculiarities, and humor will be more relevant for modern pop culture.

Now that global climate change has become such an impending topic, they can even focus more on the origin story of humans able to travel easily in space and alien life openly living on Earth. In addition, the sci-fi elements of the show are likely to be updated and improved, which will make the world even more fantastic. These changes will help to attract an audience and preserve the main elements of the comedy “Futurama”, which will make it irresistible to long-time and new fans.