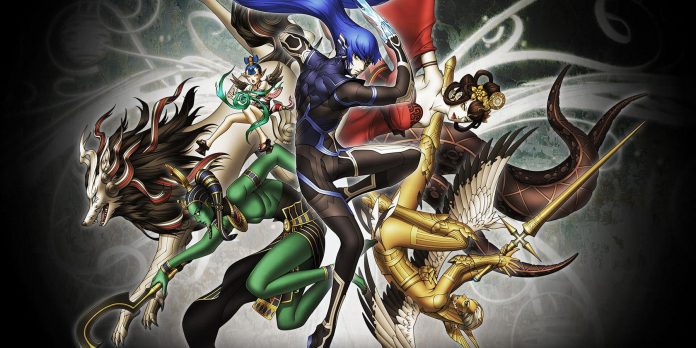 Persona is one of the most popular JRPG franchises in the world, and it is extremely famous even in the West. The games are very exciting, with stylish gameplay, memorable music and memorable characters, which allows them to leave a mark even among those who are only casually interested in the genre of role-playing games. Persona is one of the few representatives of the JRPG genre that has broken into the mainstream, and it’s not going anywhere in the near future.

Part of the popularity and reach of the series can also be attributed to their anime adaptations, which brought the franchise’s cute characters and intriguing stories into the anime world. Persona 3, 4 and 5 have been adapted in one way or another, which allowed them to reach even people who don’t play games much or don’t like JRPGs, but want to experience the story. The Shin Megami Tensei series is the series that spawned the Persona series, but it is much less popular than its spin—off series. An anime adaptation can do a lot to attract new people to the series, or at least make it more visible in the West.

How Shin Megami Tensei Can Work as an Anime

Part of what made Persona’s transition to anime smooth was mainly due to the fact that the games already had a very strong anime aesthetic from the very beginning. Shin Megami Tensei has a similar aesthetic, although the art style can often change from game to game. Older games with illustrations by Kazuma Kaneko have a more classic look that differs from the standard aesthetics of anime. Despite this, almost any Shin Megami Tensei game can be easily translated into anime without changing the style so much that it will scare away fans of the games.

As for the plot, Shin Megami Tensei, as a rule, presents post-apocalyptic stories and dramatic battles between law and chaos. The stories are often biblical in nature and imbued with concepts borrowed from mythology. While these stories can be very interesting, many don’t know about them either because they don’t know about the franchise or because they’re not interested in playing JRPGs. Creating an anime adaptation will allow these people to experience these incredible stories for the first time and, perhaps, interest them in games.

The stories and plots of Shin Megami Tensei are very dependent on the choice, which often leads to the fact that the plot diverges into different paths and endings. This can make it difficult to decide which route should be used in an anime adaptation, especially because fans may prefer one route to another. There are many different solutions that other franchises have used to solve this kind of problem, and the ways of Shin Megami Tensei are not so radically different that they cannot be adapted to the same storyline.

What is also a small problem is that Shin Megami Tensei games, especially in the main line, are quite sparse in plot and dialogue, allowing players to independently gather the details of the story based on what they hear. from NPCs and what they see in the world around them. Games tend to be more focused on gameplay, and that’s great, but it can be a bit awkward for an adaptation that will focus heavily on the story. Having said that, it could also be a boon in itself, as anime writers could use this as an opportunity to expand on details not discussed in games, such as improving the interaction between the main characters and giving the usually silent protagonist more personality. and the background.

Players should be careful with the death rewind feature of The...

Vikings Valhalla: The mystery about Ubbe that the Netflix sequel must...