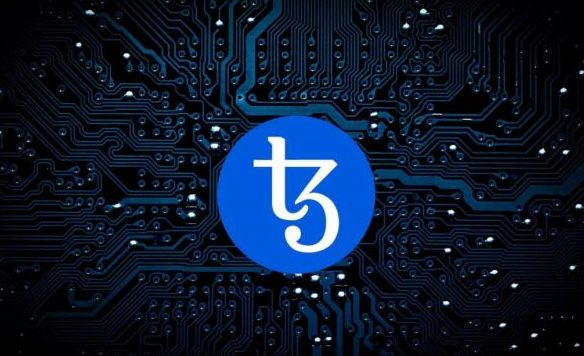 Tezos (XTZ) adapted to the upward trend in the cryptocurrency market and began to appreciate significantly. If XTZ gets a little more value, it means a new record is at the door. XTZ had so far reached the highest price of $ 4.46.

Tezos took action again. After losing 10 percent value during the three-day correction, XTZ raised its price by 15 percent overnight. Being traded at $ 2.80 on February 17, Tezos is currently trading at $ 3.70 according to CoinMarketCap data. Analysts comment that a new record may be at the door for this rise of Tezos. If the volatility in prices continues to increase, the XTZ price is expected to reach $ 4. Moreover, a significant purchasing volume is required to maintain the price. What is exciting is that Tezos’ current market value has risen to $ 2.59 billion and remains the 10th largest cryptocurrency for days. Famous analyst Josh Rager said, “I should have bought when XTZ was $ 3.40” after this rise.

According to an analysis in CryptoPotato, the current triangle formation is indicative of a new increase that could raise Tezos price to $ 4.2 and $ 4.5 in the next few days. In the event of a price drop, the highest monthly level is likely to serve as a small boost for this market. If the support fails, a fake move can send Tezos back to the $ 3 and $ 2.7 level.

How Much Will Tezos Price Be?
According to analyst Don Tomasso, the XTZ will be up to $ 6.3. After that, there will be a correction that will cause a decline up to 4 dollars before there is a serious increase again.

$XTZ short term parabola. Extension to ~ $6.3 is expected to happen…. If you study the ETH/USD chart you'll find the patterns. After that, correction to $3.7 – $4 for re-accumulation before #moon pic.twitter.com/mOdOTbtBsc

XTZ traders have been able to make substantial profits since the beginning of 2020. It seems that if the XTZ reaches the aforementioned figures, it will continue to keep its investors happy. XTZ remains the only major cryptocurrency that has gained 1000 percent since last year. The reason why the cryptocurrency gains so much value is that it is listed on many important exchanges.

However, the fact that many crypto exchanges supported to stake XTZs also led people to buy Tezos. This has increased the demand for coins. Other proof-of-stake coins include cosmos, VeChain and NEO.

Ivana Trump, the first wife of ex-President Trump, has died