Home Entertainment Will Ted Lasso’s Season 3 be his last? Nate The Actor responds 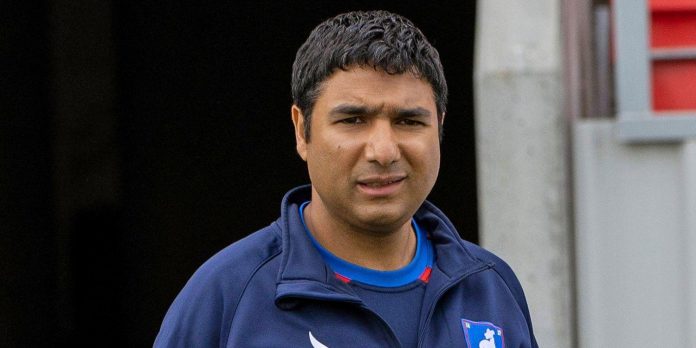 Nick Mohammed, the star of Ted Lasso, responds to the news that season 3 will be the last in the series. The famous comedy series Apple TV+ returned with a second season last year and is currently working on creating a third season. While the storyline was relatively light in season 1, Ted Lasso’s season 2 had a darker twist, exploring the mental health of his characters and touching on difficult topics such as anxiety and bullying. One of the darkest storylines in the second season of Ted Lasso is the dramatic turn of Nate (Mohammed). Once a fan-favorite character, Nate takes offense at Ted during the season and finally agrees to coach Richmond’s rival team West Ham, preparing the ground for an exciting third season.

Nate’s devastating betrayal isn’t the only attraction of Ted Lasso’s Season 3. Despite the fact that the series is a success with fans and critics, numerous reports say that the 3rd season will be the last for the show. Star and writer Brett Goldstein even went so far as to say that the 3rd season of Ted Lasso is structured so that it functions as a real finale, in accordance with the original plans of the creators. However, Apple TV+ has not officially announced whether Ted Lasso is nearing the finals.

In a recent conversation with Discussing Film, Mohammed analyzes the radical transformation of his character and gives an idea of Ted Lasso in the third season. knowing for sure that this is the end, he can see the appeal of ending it now. See what Mohammed said about Ted Lasso’s ending below:

Oh my God, that’s a question and a half. I don’t know, that’s an honest answer. I’m not trying to tease, I don’t know if this is the end or not. I mean, they said quite openly that they had ideas for three seasons. Even when they told me about Nate’s journey, even before they found out that they had ordered the second and third seasons, they let me know the three-season arc. In fact, they’ve planned out these three seasons for the whole show, so I can see the call from a creative point of view to leave while you’re ahead, telling this three-part story. But who knows, maybe they’ll just rest and then come back. At some point it will end. I don’t know what I’ll do afterwards. It’s going to be weird.

Unfortunately, Mohammed can’t give fans a definite answer about whether Ted Lasso will return after season 3. This may be due to the fact that the creative team is still considering their options, which may mean that Ted Lasso may still have a future. Nevertheless, it seems appropriate to end the series, given that it was originally written with the expectation of only three seasons. As Mohammed points out, even his character was written as having a three-season arch. While nothing has been definitively stated other than Goldstein’s own comments, it wouldn’t be surprising if Ted Lasso’s season 3 really becomes the finish line for AFC Richmond.

Ted Lasso has two successful seasons on his account, in which he received 20 Emmy Award nominations and 7 wins, including in the nomination “Outstanding Comedy Series”. Given its huge popularity, it’s quite surprising that the series could end after 3 seasons. Most comedy shows are currently enjoying success over the years. However, as long as Ted Lasso’s season 3 has enough time to solve all of his storylines, this could be the perfect ending. Many are waiting to see if Nate will be redeemed after his betrayal in the second season, and that doesn’t even apply to the various storylines involving characters like Keely, Roy and Ted himself. If Ted Lasso has to end in season three, then hopefully he’ll come out on a high note.

100 Most Played Games by PS5 Owners in February

Sweet Tooth: Meet The Characters From The New Netflix Series