Home Celebrity Will Sweet Home have a second season? 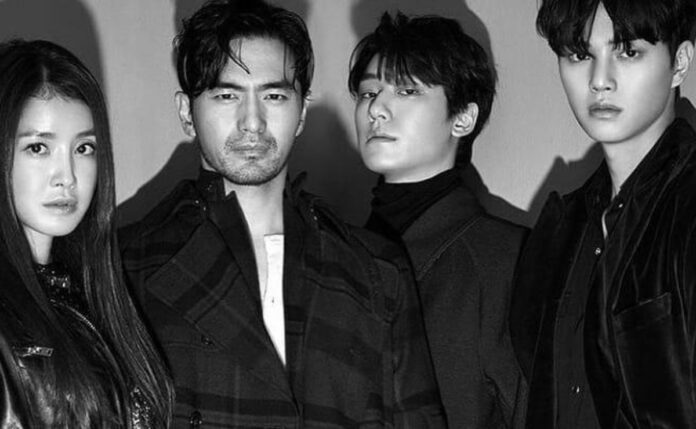 The horror drama “Sweet Home” was one of the most popular premieres on Netflix, will there be a second season after its end? The actors of the series share details of a possible continuation.

Korean entertainment continued in 2020 with various projects and productions in collaboration with Netflix and television networks. Some figures starred in stories that stole the attention of fans and achieved a good rating. The story headed by Song Kang could have a continuation.

The Sweet Home cast held an interview to share their expectations after the end of the horror series starring Song Kang, Lee Jin Wook, Gon Mi Si, and Lee Do Hyun, who shared their experience while filming this project that could have a sequel.

The leader of the surviving group of characters, Lee Jin Wook explained that he sees great potential in the new generation of drama stars. On his side, Song Kang previously shared that he was concerned about his fans’ reaction to this series, but admits that he enjoys being on set as he perceives great energy and can express his emotions to him. through acting.

Lee Do Hyun, who auditioned to be “Cha Hyun Soo” and was cast for another character, commented that he felt nervous and happy about this project, as it was released in 70 countries and managed to position itself in the Top 10, so it feels proud of the end result despite the fact that his role considered him cold and rational.

WILL SWEET HOME HAVE A SECOND SEASON?
Regarding the continuation of the story, the actors shared their wishes to record a sequel with this K-Drama, as the relationship between everyone was very good, Lee Jin Wook shared that he wants to work with the cast again and see the evolution of his performance with their characters.

SPOILER ALERT FOR THOSE WHO HAVE NOT SEEN SWEET HOME

The Korean actor explained that in the sequel he could see the emotional evolution and internal debates of “Pyun Sang Wook”, he wants to explore the peak of his character. Lee Do Hyun, who played “Lee Eun Hyuk”, wants to have more action in the second season, wants to save people from the fearsome creatures that appear in the plot.

The star promised to be very passionate if they return to set and made a request to the director. Lee Do Hyun said that he ended up in love with his character, although he admitted that fans can hate him too. He may be the key to a continuation of the series, as the ending shows a scene where he looks like he will transform into a monster before the building where they live collapses. What will happen to him? The terror could spread to the city if there are new episodes.

So far, nothing has been confirmed, it all depends on the popularity, the director and the writers. However, Lee Do Hyun and Go Min Si will meet again in a new story titled “Youth of May,” where they could show better chemistry on screen.

Apparently they will be the leading couple in this period story that tells the life of Hwan Hee Tae, a stubborn and high-spirited medical student. He falls in love with Myung Hee, a nurse with a warm personality and a lover of justice. The plot takes place in 1980 during the Gwangju Uprising.

TXT: This will happen to you if you find Yeonjun on...