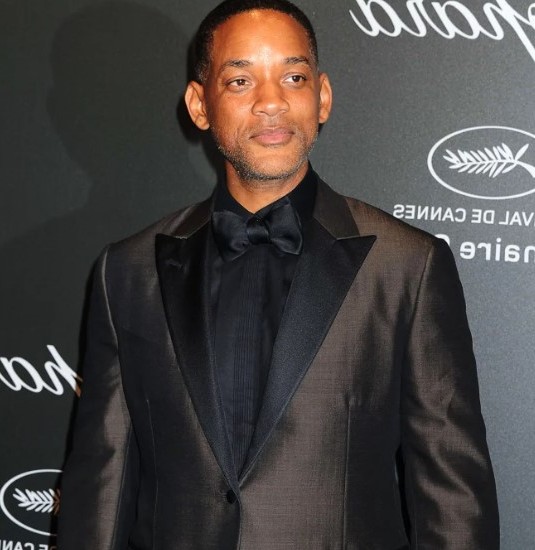 Accepting his punishment. Will Smith reacted to the decision of the Academy of Motion Picture Arts and Sciences to ban him from participating in all Oscar events for 10 years as punishment for hitting Chris Rock in the face.

“I accept and respect the Academy’s decision,” the 53—year-old “King Richard” star said in a statement to Page Six on Friday, April 8.

Earlier in the day, the Academy announced that they had made the decision after conducting an official review of Smith’s actions during the 2022 Oscars. “The 94th Academy Awards Ceremony was supposed to be honoring the many people in our community who did an incredible job last year; however, these moments were overshadowed by the unacceptable and harmful behavior that we saw Mr. Smith demonstrate on stage,” reads the letter sent by Academy President David Rubin. and CEO Don Hudson on Friday. “During our telecast, we reacted inadequately to the situation in the hall. For this we are sorry. It was an opportunity for us to set an example to our guests, the audience and our Academy family around the world, and we did not justify ourselves — we are not ready for the unprecedented.”

The conclusion says: “The Board of Governors called a meeting today to discuss how best to respond to Will Smith’s actions at the Oscars, in addition to accepting his resignation. The Board has decided that for 10 years, starting on April 8, 2022, Mr. Smith will not be allowed to personally or virtually attend any events or programs of the Academy, including, but not limited to, the presentation of Academy Awards.”

The board meeting took place via Zoom on Friday, almost two weeks after the Fresh Prince of Bel-Air graduate’s quarrel with 57-year-old Rock.

During the Oscar ceremony, Smith slammed the comedian for making a joke about Jada Pinkett-Smith’s shaved head. (The 50-year-old Red Table Talk host suffers from alopecia.) “Will Smith just beat the shit out of me,” the “Longest Yard” star exclaimed after the “Bad Guys” star burst onto the stage. When Smith returned to his seat, he yelled at Rock not to keep my wife’s name in his fucking mouth.”

In addition to Smith’s account of his behavior during his tearful acceptance speech, Smith officially apologized to Rock the next day via Instagram.

“Violence in all its forms is poisonous and destructive. My behavior at yesterday’s Academy Awards ceremony was unacceptable and inexcusable,” Smith wrote, adding: “I would like to publicly apologize to you, Chris. I was out of line and I was wrong. I am confused, and my actions did not indicate who I want to be. There is no place for violence in the world of love and kindness.”

A week after the Oscars, Smith resigned from the Academy, which Rubin said in an April 1 statement meant that some potential punishments, such as suspension of his membership or expulsion, were “no longer possible.”

The “Just the Two of Us” performer said in a statement at the time that he “deprived the other nominees and winners of their opportunity to celebrate and be celebrated for their outstanding work. I’m heartbroken. I want to focus again on those who deserve attention for their achievements and allow the Academy to return to the incredible work it does to support creativity and artistry in cinema.”

Smith continued, “So, I am resigning my membership in the Academy of Motion Picture Arts and Sciences and will accept any further consequences that the Board deems appropriate.”