Home Entertainment Will Smith’s new film “Emancipation” has had its first screening, that’s what... 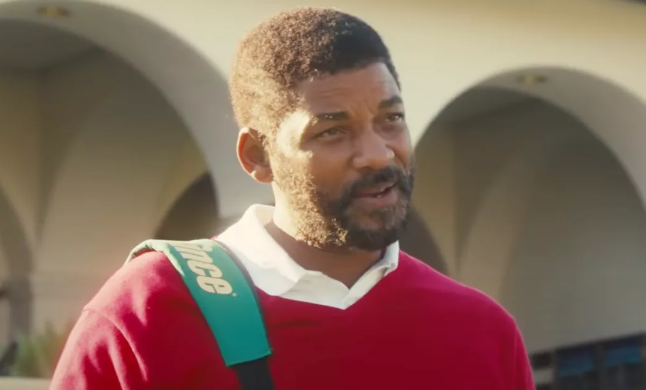 A lot of questions are raised by Will Smith’s new film “Emancipation”, which is due to be released on Apple TV+. This film was one of the actor’s many projects that failed after he slapped Chris Rock at the Academy Awards in March, and therefore its release date remains unknown. He was also considered a contender for awards, but this was also complicated after the incident with Smith’s slap. Although we definitely don’t know much, more light is being shed on Emancipation after the screening of the film at the 51st Annual Legislative Conference of the Congressional Black Foundation in Washington, DC, when attendees take to social media with their first reaction.

Will Smith stars in the action movie as Peter, a slave who escapes from his plantation in Louisiana and joins the Union Army to fight against his former captors. “Emancipation” is based on the true story of Gordon, or “Knocked Out Peter”, who was the hero of photographs published in 1863, which showed extensive scars on his back from the abuse he suffered in slavery. Let’s see what people are saying about Antoine Fuqua’s film and Smith’s role in it.

Tonya J. Williams took to Twitter and urged Apple to release the film after she witnessed the “gut-wrenching” depiction of slavery:

The movie #Emancipation by @Apple Films is a powerful & gut wrenching depiction of the horrors of slavery in America.#WillSmith, who masterfully played the role Peter, spoke about how he (and we) hold space in this world using Peter’s life as the example. Release this film! pic.twitter.com/Fp9MDb04yw

Emancipation is a huge departure from Will Smith’s usual job, as the actor said he has avoided making films about slavery throughout his career. Social justice advocate and political commentator Angela Rai seems to approve of his choice to take on the role, as she thanks Smith and director Antoine Fuqua for telling this “powerful” story:

#Emancipation is a powerful story not only rooted in our history, but also our resilience as a people. Thank you @willsmith @AntoineFuqua @AppleTVplus for telling stories that matter! #Freedom #Power pic.twitter.com/8e3ROZY6qB

NAACP President and CEO Derrick Johnson shares these feelings, thanking the actor and director for this story of “adversity, resilience, love and triumph”:

I had the pleasure of watching the film #Emancipation and can’t begin to tell how powerful this is for OUR community and OUR history. It’s a story of adversity, of resilience, of love, and of triumph.

Thank you Antoine Fuqua and Will Smith for sharing your gifts!#ThisIsPower

Former Democratic National Committee Chair Donna Brazile praises the portrayal of blacks fighting for their freedom. She asks to set a release date:

“Powerful” seems to be a word that everyone present keeps coming back to, as Jotaka Eddy agreed with Antoine Fuqua’s answer to the story of resilience:

#Emancipation is Powerful and inspiring -our history and our resilence-#BlackLove and #BlackFreedom ! Powerful screening w/ @naacp and amazing convo led by @angela_rye ! Thank you @willsmith @AntoineFuqua @AppleTVPlus for daring to tell stories that are rooted in our liberation. pic.twitter.com/n7TQAIQIyy

Despite the fact that Apple won a huge war for the release of “Emancipation” on its streaming service, Amber Takahashi hopes that the film will see some kind of theatrical release:

Visitors to the Black Congressional Foundation event seem to have been moved by the private screening of the film, and hopefully the release date will come soon. As for how things are going with the awards for “Emancipation,” it got complicated when Will Smith voluntarily resigned from the Academy of Motion Picture Arts and Sciences after the failure of the Oscar. The actor is also banned from attending the Academy Award ceremony for 10 years.

While we’re waiting for news about “Emancipation,” check out our 2022 movie release schedule to find out which films are coming to theaters soon!

This Is Us Season 6: This is the sign that Kevin...